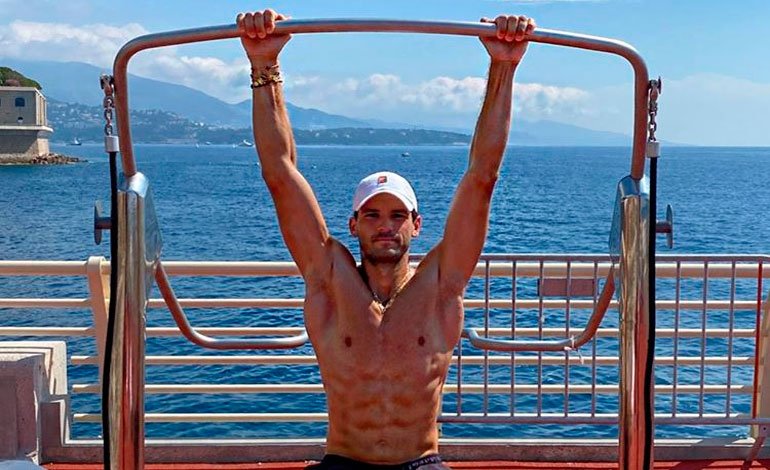 Bulgarian Grigor Dimitrov, world number 19, acknowledged that his performance has dropped after suffering from COVID-19 and that he is not yet physically ready to compete at the highest level.

I’m not ready to compete at the highest level right now. The movements are improving, everything is going in the right direction, but it is not easy to recover », confesses the 29-year-old tennis player to the specialized medium Tennis Majors.

The Bulgarian tennis player lost both matches he played this weekend in France at the Ultimate Tennis Showdown, one of them against Feliciano López.

I’m far (from my best), sure. I haven’t played tennis in over a month. The virus has been tough. I stayed home for about a month. It is difficult to return now, “added the tennis player, who confessed that he had lost about three kilos of weight.

Dimitrov also recalled the symptoms he had after contracting the virus in the criticized tournament organized in Belgrade by Novak Djokovic, world number one, and how bad he had it despite his good physical condition and his youth.

“He wasn’t breathing well. I was tired. He had no sense of taste nor did he smell anything. It was not funny. To be honest, I am lucky to be on the court right now. I don’t take every day for granted. I really appreciate being here.

However, Dimitrov hopes that these matches have been a good preparation for the possible return of official competitions in the coming weeks and recalled that his game is very physical and not being fully recovered affects him a lot.

“One day I feel really good and I can prepare for about four hours. But suddenly I need to stop, take a nap, or just rest. So I have to go through that process. I hope I fully recover, “he summed up.

Dimitrov stressed the harshness of the isolation for so many days and that to cope with them, not only the physical but also mental aspects had to be worked on.

«I was only 20 days, almost 24 hours. You can do the math, I spent about 5,000 hours alone. Many things go through your head. It doesn’t matter how strong you are mentally, as a person, an athlete, or anything else. It is inevitable to have some bad thoughts in your head. I also had to deal with that, “he declared. EFE. (HN)

You can also read:  Djokovic, Schwartzman and Muguruza advance to third round at Wimbledon