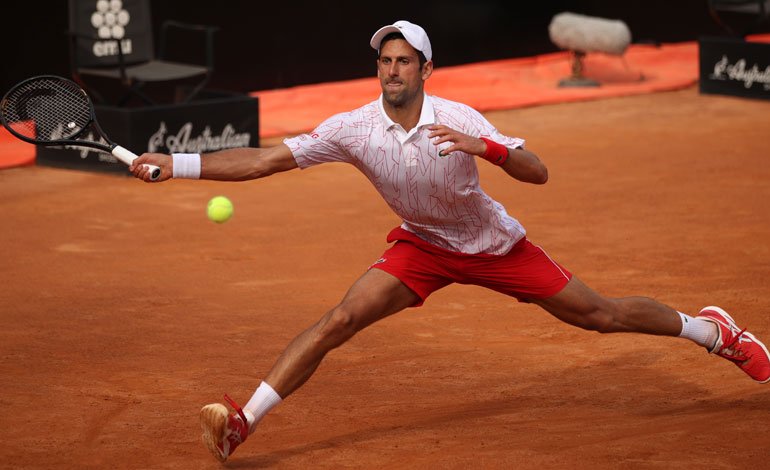 Serbian Novak Djokovic suffered to reach the semifinals of the tennis tournament in Rome, a round that was also accessed in the women’s team by Spanish Garbiñe Muguruza.

‘Djoko’, two weeks after his disqualification from the US Open for hitting a linesman with the ball, lost control again throwing his racket after a lost service game, or shouting some angry shouts in the silence from the central court of the Foro Italico.

Just over a week before the start of Roland Garros, ‘Nole’ is still looking for his best game on clay, after the tour of the United States on concrete.

You can also read:  Monica Puig, Muguruza's rival in her Tokyo debut

By granting his service four times in total, it took him more than two hours to get rid of the 97th in the world, coming out of the previous rounds.

Ruud became the first Norwegian tennis player to reach the semi-finals of a Masters 1000.

In the women’s draw, Muguruza (17th in the world) won in three sets (3-6, 6-3 and 6-4) the Belarusian Victoria Azarenka (14th in the ranking and recent runner-up at the United States Open).

Azarenka had already astonished this week in Rome, where she came to endorse a double 6-0 to the American Sofia Kenin, fifth in the world.

His adventure now ends against the Spanish tennis player born in Caracas, who is having a great week in Italy, to overcome his disappointment of elimination in the second round at the US Open.

In the semi-finals, Muguruza will face the world’s number two, Romanian Simona Halep, who benefited from the abandonment of Kazakh Yulia Putintseva (30th) during the second set of her quarter-final.

Halep scored his 12th consecutive victory, a series that began before the breakdown of competition due to the coronavirus, with the title in Dubai in February and continued in the resumption with his title in Prague in August and his three victories in Rome this week.

You can also read:  Tsitsipas says her grandmother died before the end in France

The first seed chose not to participate in the hard surface tournaments in New York, to better prepare for Roland Garros.