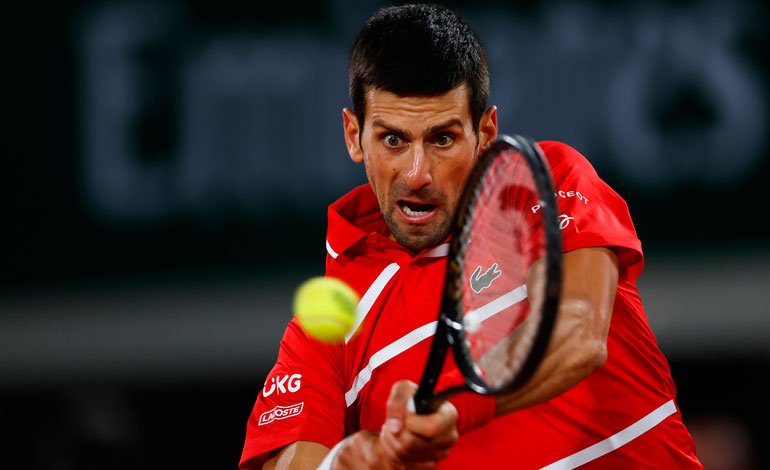 Serbian Novak Djokovic, world number 1, avoided the comeback in the Roland Garros semifinals of Greek Stefanos Tsitispas, who after losing the first two sets forced a fifth, before bowing 6-3, 6-2, 5-7, 4-6 and 6-1 in 3 hours and 54 minutes.

In search of his second Musketeers Cup, the Serbian will face Spanish Rafael Nadal, who has never lost a final and who will play number 13 in Paris after defeating Argentine Diego Schwartzman 6-3, 6-3 and 7 -6 (0).

«Here he is the favorite, it is his house, with all the titles he has won. But in 2015 I beat him. It is the biggest challenge you can face in our sport, playing here against Nadal. I am motivated to be able to try to win, ”said the Serb.

It will be the third Roland Garros final for Nadal and Federer at Roland Garros and the first duel between the two since the Serbian gave the Spaniard his second defeat on the clay of Paris, in the 2015 quarter-finals.

You can also read:  "What Rafa does no one does on land," admits Federer

Nole, who this season only counts one defeat, the disqualification at the United States Open for assaulting a judge, reaches his fifth final after having lost a set in the quarterfinals against Spanish Pablo Carreño and two in the semis against Tsitsipas, sixth of the world.

On this occasion, the Serbian will not be able to use physical problems as a pretext, since he did not show any muscle discomfort that he had shown against the Spanish.

The Serbian had the game on track, dominating the onslaught of the fiery 22-year-old Greek, sixth in the world, who was opting for his first major final until well into the third set.

There, with 5-4 on the scoreboard, he even had a match ball, when not even three hours had been played. But the Hellenic picked her up and that reinvigorated her, she released her arm and began to attack the Serbian’s game, who backed off and was outmatched.

You can also read:  Djokovic confirms cancellation of duel against Nadal in Saudi Arabia

The Tsitsipas set was scored and although the Serbian seemed determined to put the evil there, he stumbled time and again when it came to converting the breaking balls. Up to 11 he had on that sleeve, but he only converted one.

Djokovic congratulated Tsitsipas, assured that after letting himself go up in the first two sets, he kept calm “on the surface, but deep down it was something else.”

“I was in control of the game, but he raised the level and both sets escaped me,” he said.

The resistance of the Greek did not give for a fifth set. Tsitsipas already rallied from a 2-0 defeat in his Roland Garros debut against Spaniard Jaume Munar, in his first five-set triumph in Paris, but this time the opponent was bigger.

You can also read:  Indian Wells, the Californian desert opens its arms to the new generation

The Hellenic knelt, proud to have surpassed his best performance in Paris and to have reached for the second time in his young career the semifinals of a great after those of the last Australian Open.

Djokovic, 33, becomes the seventh tennis player to reach the five finals in Paris, equaling Roger Federer, one of those played by the Swede Bjorn Borg and far from Nadal’s 13.

In addition, it will be the final 27 of a great that the Serbian disputes, who has one less than Nadal and is 4 behind Federer.

It will also be the Serbian’s first final since lifting his only title in the French capital in 2016, a triumph that opened a period of drought in the Balkan’s record. EFE (HN).