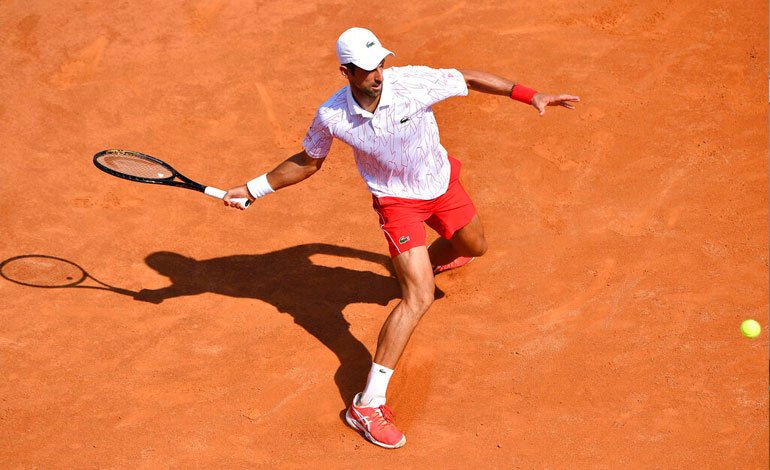 Novak Djokovic performed much better in his first match since being disqualified at the US Open.

The tennis number one was courteous to the chair umpire and had almost no interaction with the linesmen as he beat Salvatore Caruso 6-3, 6-2 in his Italian Open debut.

The Serbian’s presentation was in stark contrast to what happened in New York 10 years ago, when Djokovic was disqualified for accidentally hitting a lineswoman in the throat. Ahead of his debut in Rome, Djokovic said the incident taught him a “huge lesson.”

“I really wanted to play again as soon as possible after what happened in New York,” said Djokovic. “I needed the positive feelings on the track, remove any vestige of something that causes me problems, if there is one.”

You can also read:  Djokovic is eliminated in Monte Carlo quarterfinals at the hands of Medvedev

When the chair umpire stepped down to check a ball print on the red clay early in the first set and ended up favoring the local player, Djokovic replied with a “yes” and erased the mark with his shoe.

And when Caruso impressed him – the wildcard racked up 13 winners to 12 by Djokovic – the Serb had no qualms about saying “bravo.”

“It was a very good test,” said Djokovic. “I was very pleased with the way I conducted myself in the important moments.”

As the game progressed, Djokovic seemed irritated by the noise of the people, although the Foro Italico is deserted for fans this year due to the coronavirus pandemic.

The only people inside the stadium were coaches and other tournament employees.

“Who?” The chair umpire asked Djokovic.

You can also read:  Caroline Wozniacki finally debuts in 2017 with the title

Djokovic replied dryly: “There are 10 people in the stands.”

After the duel, Djokovic gave an explanation. “It was very still, which is very unusual for what we are used to in Rome, which has some of the loudest crowds on the circuit. But there was someone in a hallway who was talking – like five or six people. “

Also for the second round, the Italian teenager Jannik Sinner gave the surprise by eliminating 6-1, 6-7 (9), 6-2 to the Greek Stefanos Tsitsipas (3rd seeded), in a match that faced the last two champions of the ATP Next Gen tournament. Roman Matteo Berrettini counted 7-5, 6-1 from Argentine Federico Coria.

You can also read:  Rafael Nadal retires from Roland Garros!

Four days after losing the US Open final, Victoria Azarenka came on stage in Rome and beat Venus Williams 7-6 (7), 6-2 in a match corresponding to the first round. Azarenka succumbed in three sets to Naomi Osaka in the Flushing Meadows finale.

After the loss, Williams consoled himself by walking his puppy through the desolate complex of courts.

The meeting in Rome, postponed in May due to the pandemic, serves as preparation for the French Open, which will get underway in 11 days. AP (HN).