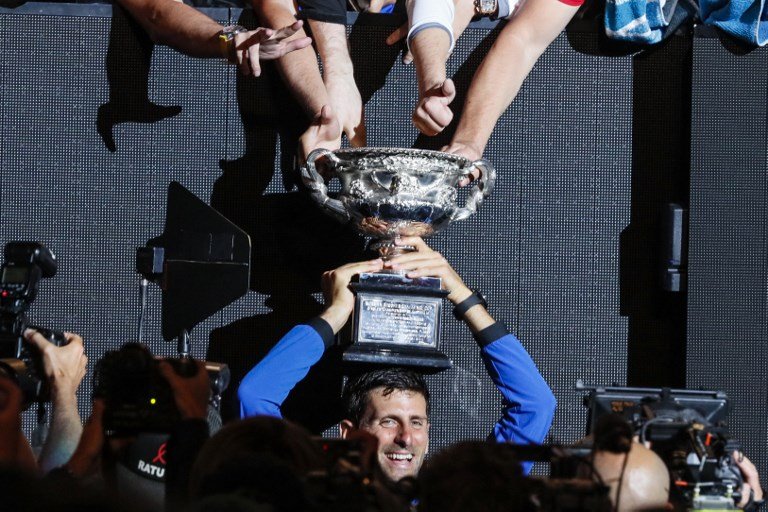 Serbian Novak Djokovic forcefully beat Spanish Rafael Nadal 6-3, 6-2 and 6-3 to certify his third consecutive Grand Slam title, after he was also crowned in the last editions of Wimbledon and the US Open, and add the seventh of the Australian Open.

In the reissue of the final disputed in 2012 between the two, Djokovic, already settled at number one in the world, beat Nadal with a colossal service, without giving it up on a single occasion, in just two hours and four minutes to win his 15th Grand Slam title.

With this defeat, the Spaniard will not be able to become the first player of the Open Era to win each of the ‘major’ championships twice. The Serbian surpasses with the title, the six of the Swiss Roger Federer and the Australian Roy Emerson as players with the most titles in Melbourne Park, and leads this list alone.

You can also read:  Garbiñe Muguruza: «It's difficult when everyone plays their best tennis against you»

Nor could it have been in his fourth final on the Yarra for Nadal, after giving up in the same situation against his rival tonight in 2012 and against the Swiss Stan Wawrinka and Federer in the 2014 and 2017 editions, respectively.

Nadal, who turned ten years old in this edition since his title won in 2009 on these tracks, had arrived without giving up a single set in the two weeks, but in the fight for the title he played dominated by Djokovic, sublime at service and with a great security to the rest, to dictate the game from their field.

Djokovic revealed from the first minute what his intentions would be for the rest of the match and endorsed an opening 3-0 after getting an early break in the second game of the match.

The next two games at the service of the Balearic Islands, as well as the achievement of an unlikely point with 1-4, timidly woke up a Nadal who until now was subdued by the determination of the Serbian.

You can also read:  Monica Puig debuts with triumph

However, his reaction was not enough to make up for his initial inferiority and the Belgrade tennis player, who continued to comfortably keep his serve, sentenced the first set 6-3.

Djokovic continued in the second set along the same lines and was not intimidated by a more aggressive version of Nadal, who for the first time was able to get more than two points from the rest when the scoreboard looked unfavorable 3-2.

In what would be the final set, a new break in the first substitution by Djokovic buried any hope of a Nadal who did not feel so comfortable with his service, after it was one of his most effective weapons in the previous rounds. .

You can also read:  Djokovic defeats Cilic and arrives full of Masters 'semis'

The Serbian, who equaled Federer as the player with the most disputed finals (7), became the eighth player in history to have seven titles in one of the four majors.

In this classification, Djokovic established himself in third position behind Nadal himself, who has eleven crowns at Roland Garros, and Federer, holder of eight titles at Wimbledon.

Likewise, the new Australian ‘major’ champion was, after his solid victory, the first tennis player in history on the professional circuit to win three consecutive ‘Grand Slam’ crowns on three different occasions.

Despite the overwhelming defeat in the grand final, the Spaniard, who landed in Melbourne after four months without competing as a result of his injuries, signed a worthy tournament after not giving up a single set in his previous rounds, in which he faced rivals of the stature of Alex De Miñaur (27) or the Greek Stefanos Tsitsipas (14). EFE