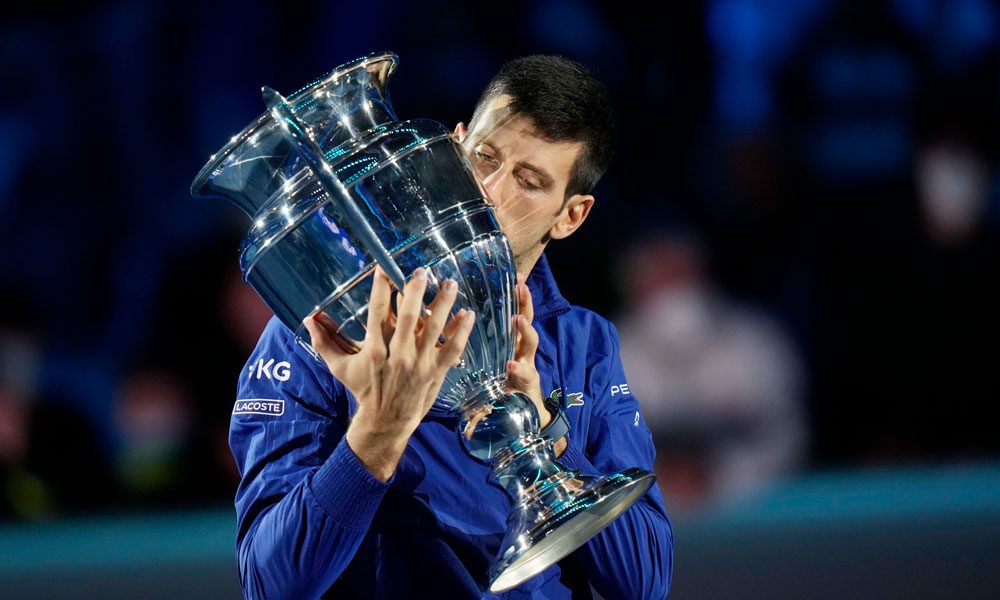 The world No. 1 Novak Djokovic began his conquest of a sixth ATP Masters title with firm steps by dominating in straight sets, 7-6 (7/4) and 6-2, the Norwegian Casper Ruud (No. 8) , in Turin.

“It is a great feeling to be here back in Italy, thank you all for the support, Italy is like a second home for me,” he declared.

In his first appearance in the Masters, a tournament that brings together the eight best tennis players of the season, Ruud, 22, confirmed his progress on the hard surface to lead the Serbian to a tie-break at the end of a first heat of more than an hour.

You can also read:  Djokovic's coach, new positive for COVID of the Adria Tour tournament

But ‘Nole’ knew how to increase the level to take the set and chain the second with less problems.

With his triumph, the Serbian star takes the lead of the green group, awaiting the second match of the day, between Greek Stefanos Tsitsipas (N.4) and Russian Andrey Rublev (N.5).

Faced with an unapologetic Ruud, whom he had only faced once, on clay, and won (Roma 2020), Djokovic had a hard time starting, losing the first game with his serve.

But he quickly recovered and was 3-3. Ruud did some miracles on defense, mainly to save the first two set balls with his serve (4-5), but he was not enough to take the tie-break.

You can also read:  Nadal object of desire in the Olympic Village

Djokovic, the protagonist of some spectacular exchanges from the back of the court, closed the first set with a great crossed forehand.

The first Norwegian to participate in the Masters, Ruud did not have the energy to fight in the second heat, closed in half an hour by number 1.

The Serbian took the applause at the end of the match and received the world number 1 cup, awarded to celebrate his new record: finishing the year first for the seventh year, one more than Pete Sampras, his idol, to whom he paid tribute.

“One of the most difficult things in our sport is to finish number one at the end of the year, you have to play really well, consistently and be very successful throughout the course on all surfaces. I’m very proud, “he said.

You can also read:  Djokovic beats Tsitsipas to challenge Nadal in final

In his career to smash all records, Djokovic is looking in Turin for a sixth victory at the Masters, with which he would overtake Roger Federer. AFP (HN)