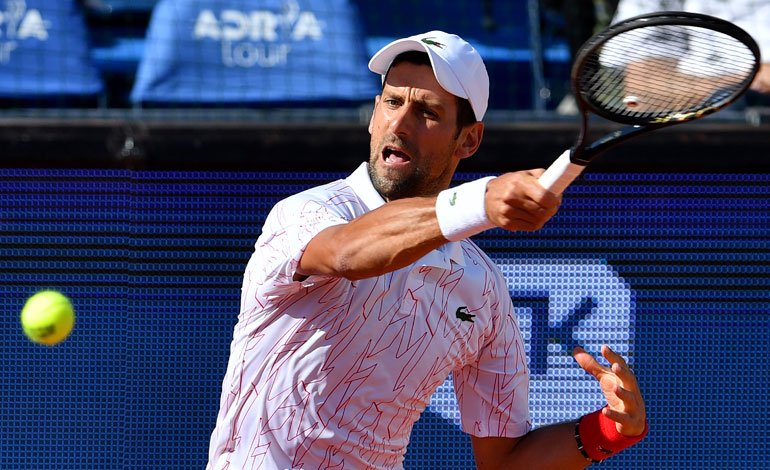 Novak Djokovic, world tennis number one, denounced that he feels subjected to a “witch hunt” for organizing the tournament in which several players were infected with COVID-19 and said that he still does not know if he will participate in the State Open Unidos that takes place between August 31 and September 13.

Now I don’t know what’s going to happen. What has happened in recent weeks does not favor the US Open, the numbers of infected (with COVID-19) are growing a lot, especially in New York, “said Djokovic in an interview with the Serbian sports newspaper Sportski zurnal.

He indicated that “many tennis players do not know whether to train on clay or hard court” and considered that “more will be known before July 15, the deadline for the ATP to decide on the competitions on its calendar, Washington, Cincinnati, tournaments Europeans’.

You can also read:  Federer doubts to participate in the Davis Cup

In his opinion, much will depend on the situation of the connections between Europe and the United States. “There is a lot of uncertainty,” he declared.

The tennis player celebrated “the efforts around the world, especially in the United States and Europe, to hold the tournaments despite the great health, economic and security crisis”, but “everything has its limits.”

His plan, in principle, is to play Roland Garros, as well as the tournaments in Madrid and Rome.

Referring to the new points system for the classification of players and the implementation of a ranking from last March 2019 to December 2020, announced by the ATP last Monday, he indicated that there have been many debates but that is the most correct for all.

“It is the best option at this time primarily because it protects players who do not want to expose themselves to the risk of traveling and getting infected in the US or in other tournaments,” he said.

“Some tennis players will not play until the end of the year and so the list protects them, their results from last year remain as they are, they do not lose points,” he said.

«On the other hand, the tennis players who play will have the opportunity to score points. The ATP protects players but offers opportunities for others to earn new points. It is useful for both groups of tennis players, “he considered.

Djokovic lamented “the criticism, many of it malicious” against him for the organization last June of a charity tournament in the Balkans.

Djokovic himself, Serbian Viktor Troicki, Bulgarian Grigor Dimitrov and Croatian Borna Coric all tested positive for the virus and the event had to be suspended.

You can also read:  Rafa Nadal, in the Bahamas to follow the last round of Tiger Woods

The images of the players hugging, clapping each other, playing basketball together and celebrating at the tournament had already a great echo before the positives

The tennis player declared that his intention was “pure”, to organize a tournament to raise funds for humanitarian purposes and to help players and regional federations.

“It is obvious that there is something more than criticism, as if there was an agenda, a witch hunt, that someone has to fall, some personality, a known name, who is guilty of everything,” he denounced.

“I leave it to others to decide if that is right and humane. In my opinion, it is not. My position is that we must learn from all this and adapt in the process, “said Djokovic. Efe (HN).