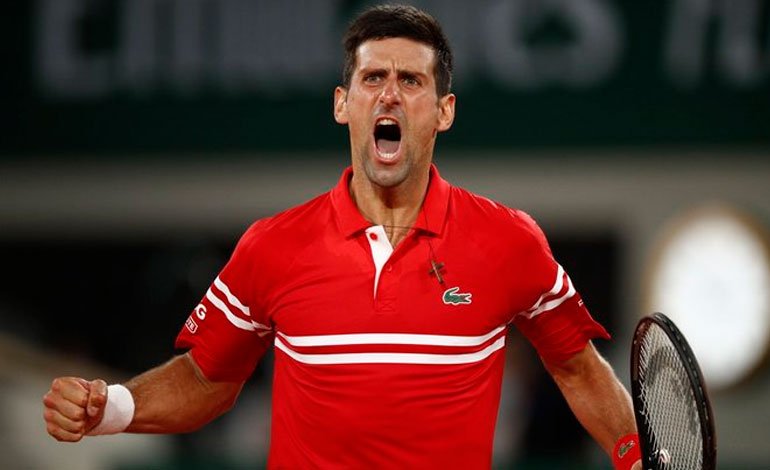 The Spanish Rafael Nadal, winner in thirteen editions, fell in the semifinals of Roland Garros against Serbian Novak Djokovic, 3-6, 6-3, 7-6 (4) and 6-2 in 4 hours and 11 minutes, who will play the final against the Greek Stefanos Tsitsipas.

It is the third defeat that Nadal suffers in Paris in 108 games, the second at the hands of the Serbian, world number 1, the only one who has managed to defeat him on French clay with the Swedish Robin Soderling.

It was after an immense match, a tribute to clay tennis between the two best tennis players on that surface, an extraordinary award for the Serbian that, finally, he managed to defeat the Spanish in full capacity.

In 2015 he did it with a physically and psychologically impaired Rafa and the others were all triumphs for the Spanish.

It was a duel in which the two tennis players showed that they are capable of breaking the laws of tennis, the anti-pandemic laws, the laws of nature. The public was able to attend the show until the end, because the authorities allowed it despite the curfew.

You can also read:  Agassi: Steffi Graf convinced me to coach Djokovic

Nadal took out the steamroller from the start, lifted two break balls and put the direct to get 5-0. The Serbian took 35 minutes to score a point, but when he did, he chained 3, after hitting the fifth break point and lifting two set points from the Spaniard.

Nadal did not decompose, who waited for his next serve to close the sleeve, an hour after the start.

Djokovic’s improvement at the end of the first set was confirmed in the second, the Serbian was more incisive, more established in his service and, above all, more aggressive in the rest, which made blood in Nadal’s game, forced to go to the limit.

The Spanish defended himself and created his opportunities, but he was not fine when it came to scoring them. Up to five breaking balls wasted, for a single scored.

The draw did not sit well with Nadal, blurred, timid with his service, attacked with the rest, who did not carburize, which gave wings to the Serbian, aggressive to the rest, always putting pressure on the Spanish, who seemed doomed to drift.

You can also read:  Italy beats Argentina and will play Belgium in the quarterfinals

Night was falling in Paris and Nadal gave his worst face, hanging by a thread, waiting for a blow from the Serbian, clinging on with courage, subjected to merciless harassment.

With 5-4 Djokovic served to take the set, but Nadal always sells his skin dearly. He reacted to tie at 5 and accelerated to enjoy, in the next game, a set ball.

The Serbian rebuilt, lifted it and forced the playoff game, where it was more solid to reach 2-1.

The show was tremendous on the track and the stands did not want to miss it. “We will not leave, we will not leave!” Chanted the 5,000 authorized fans, as the 23:00 curfew approached.

As the players retired to the changing rooms, when the float was about to turn into a pumpkin, the public address system announced against all odds that, according to the French authorities, they could remain. It seemed difficult to evacuate. Applause and cheers in the stands, joy to continue watching the fantastic duel of the titans. “Merci Macron!” and let the show continue.

You can also read:  Thousands of Romanians welcome Simona Halep, champion at Wimbledon

La Marseillaise sounds and the battle continues. Give and take. He started hitting the Spaniard, who snatched the service of number 1, but his reaction was quick, he recovered it to the fourth and there appeared his best version, the one he needed to defeat the 13-time champion.

Nadal asked for assistance to remove a bandage from his left foot and Djokovic smelled the blood, advanced pawns and cornered the Spaniard, who saw how waterways were again opening on his waterline.

The night was already closed and the public felt that they were witnessing a historical moment. His breath was not enough. The ovation when he retired was emotional. Tomorrow, when he dawns again in Paris, the only Nadal that can be seen at Roland Garros will be the steel one that, forever, adorns the tournament as a tribute to the king. EFE (HN)