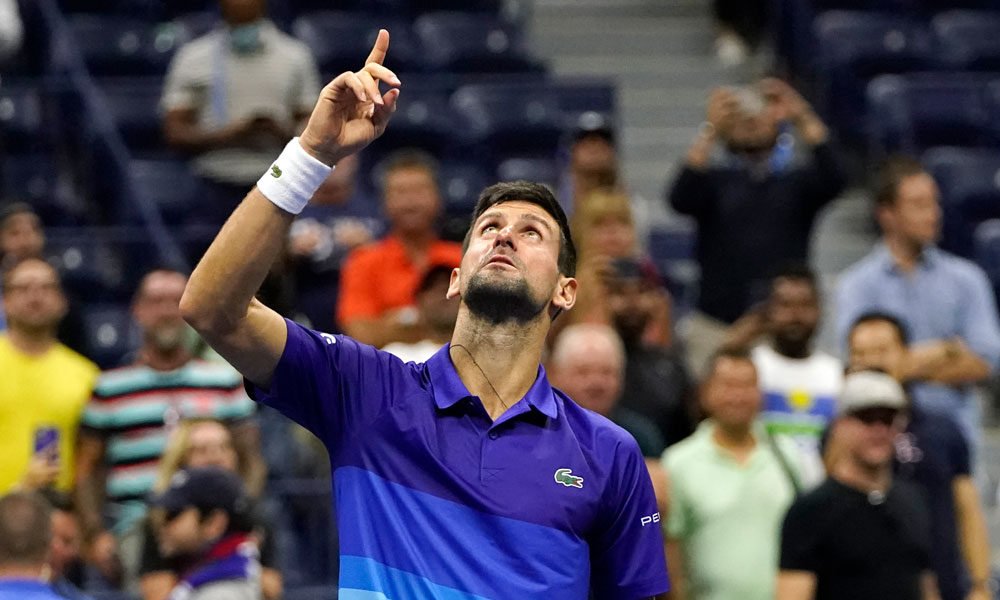 Novak Djokovic always seems to stay calm in five-set matches, even when he is at a disadvantage, which has happened to him on several occasions at this US Open. Always in control, rarely fidgety.

No rival, or everything at stake, has been too much for him. At least not until now.

And now, the Serbian is two wins away from the first Grand Slam in a calendar year in men’s tennis since 1969, also reaching 21 majors to break the men’s record.

Djokovic lost the first set for the third straight game at Flushing Meadows – and the ninth time at a Grand Slam in 2021, but it didn’t matter. He quickly made the necessary adjustments to beat Italian Matteo Berrettini 5-7, 6-2, 6-2, 6-3 in a quarter-final match on Wednesday.

Minutes later, Djokovic interrupted the interview on the court, knowing perfectly well where the question was going. “Don’t ask me anything about the story. I know it’s there ”.

You can also read:  Serena Williams runs over Knapp

Coming back to put his Grand Slams record this season at 26-0, the Serb found all angles, returned every solid blow from Berrettini and was so focused that he dived for a ball, dropped the racket but managed to get up to continue with. point. He lost it, but the message to his adversary was unmistakable: I will do whatever it takes.

After 17 unforced errors in the first set, Djokovic racked up just 11 for the rest of the match.

“The best three sets I’ve played in the tournament, hands down,” he declared.

When Berrettini made one last attempt, breaking point down 4-2 in the third set, the Serbian calmed down. He let the Italian crash his backhand at the net and followed with a 121 mph (194 km / h) service and a winning forehand to retain his serve. He raised the index finger of his right hand to his ear, calling for more noise from the 20,299 fans at Arthur Ashe Stadium.

Djokovic already won on hard courts at the Australian Open in February, on clay at Roland Garros in June and on grass at Wimbledon in July, when he beat Berrettini in the final at the All England Club.

Now, he will meet 2020 US Open runner-up Alexander Zverev in the semi-finals on Friday. If the Serb can win that match, and Sunday’s final, he will join Don Budge, (1938) and Rod Laver (1962 and 1969) as the only men to win the big four of tennis in a single season. Three women have accomplished the feat, the most recent Steffi Graf in 1988.

You can also read:  Osaka draws with debut victory in Miami

One more Grand Slam would also break the men’s record that the Serb currently shares with Roger Federer and Rafael Nadal.

Zverev reaches the semifinals with a 16-game winning streak, including a 1-6, 6-3, 6-1 victory over Djokovic in the semifinals of the Olympic tournament, where he won the gold medal.

“I’m excited,” Djokovic said of Friday’s game. “The bigger the challenge, the more glory there is in overcoming it.”

In the other men’s semi-final, second-seeded Daniil Medvedev will meet Canada’s Felix Auger-Aliassime.