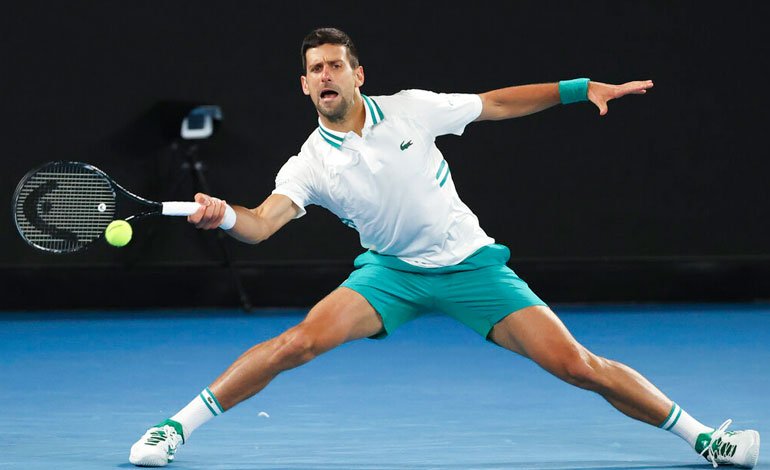 Novak Djokovic, world number one, resisted his abdominal pain and was able to beat Milos Raonic this Sunday in their round of 16 duel at the Australian Open, a round in which Dominic Thiem and Garbiñe Muguruza said goodbye.

Almost all eyes on this seventh day of the first Grand Slam of the year were directed at Djokovic, whose presence in the match was in doubt due to the injury that was about to make him abandon in the third round.

In this way, he was able to meet for the quarterfinals, on Tuesday, with the German Alexander Zverev, seventh in the ATP rankings and who defeated the Serbian Dusan Lajovic (27th) by 6-4, 7-6 (7/5) and 6-3.

Djokovic admitted that his preparation for the game this Sunday was very marked by his injury.

“I have not really prepared for this game. I used every hour to try to recover, to be fit to play, “explained the Belgrade player.

You can also read:  Sharapova ready for the WTA Final

«In any other tournament other than the Grand Slam I would have declared myself withdrawn. Here I want to do my best to recover and try to hit the track. Today, before the end of the warm-up, three hours before entering the court, I still did not know if I was going to play or not, “added the man who aspires to a ninth title at the Australian Open.

Djokovic already began to think about the duel against Zverev and revealed that the German also has physical problems.

“We have a bit of the same injury, only in his case it is on the other side. Yesterday (Saturday) we were joking, we told each other that if we had to meet in the quarterfinals we would play without aces, “said Djokovic.

The one who will not be able to be in the quarterfinals is world number three, Dominic Thiem, who had suffered great physical exhaustion in the previous round against Nick Kyrgios and who crashed this Sunday in the round of 16 against the Bulgarian Grigor Dimitrov (21st) by 6 -4, 6-4 and 6-0.

You can also read:  Nadal survives almost five hours and will play with Del Potro in the semis of the US Open

In the women’s draw, the Japanese Naomi Osaka, third world player, was on the verge of elimination and raised two match points, before beating the Spanish Garbiñe Muguruza (14th in the WTA ranking and current runner-up in the tournament) by 4- 6, 6-4 and 7-5.

You can also read:  Serena Williams conquers for the fourth time the Tournament of Rome

“It is never a good feeling to lose a game that you feel like you could have changed in a second. But I left the court with a good feeling, “Muguruza consoled after the defeat.

Osaka will face the Taiwanese Hsieh Su-Wei (71st) in the quarterfinals, who advanced to this stage of the tournament for the first time in a Grand Slam at the age of 35.

In the quarterfinals, Halep will star in a stellar duel against Serena Williams, world number 11 and 39, who won 6-4, 2-6 and 6-4 against Belarusian Aryna Sabalenka (7th).

She therefore goes ahead with her goal of winning a 24th Grand Slam title and reaching the record set in the years 1960-1970 by Australian Margaret Court. AFP (HN)