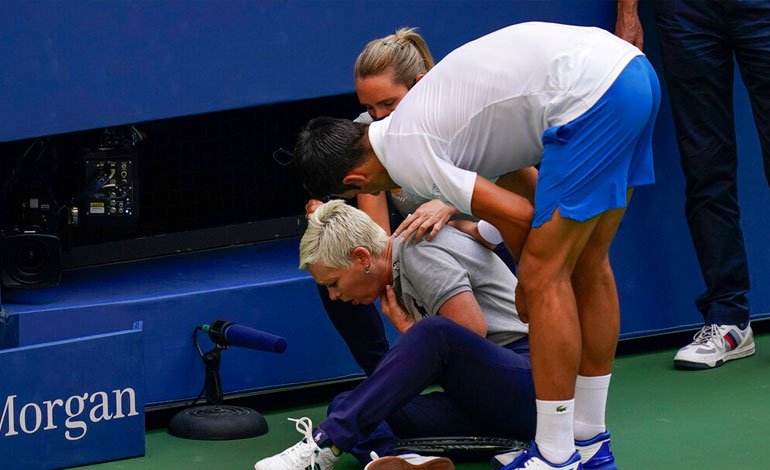 World number one Novak Djokovic was disqualified from the US Open for hitting a linesman with the ball during the round of 16 match against Spain’s Pablo Carreño.

After losing his serve to Carreño, who gave the Spaniard a 6-5 lead in the first set, Djokovic pulled a ball out of his pocket and threw it towards the wall, hitting a lineswoman on the neck, who fell to the ground giving a scream of pain.

Seeing that he had beaten her, Djokovic quickly went to see the judge’s condition, who had to receive medical attention.

Djokovic spoke with the game officials for several minutes, in which he asked them to apply some type of sanction other than disqualification, but finally the officials applied the regulations and Carreño advanced to the quarterfinals of the New York Grand Slam. AFP (HN)

Novak Djokovic, seeding # ️⃣1️⃣ of the #USOpen has been disqualified from the tournament, for hitting a linesman with a ball.

Difficult situation for the organizers, since it was not intentional either.
pic.twitter.com/XjnohEDEXU

You can also read:  Argentina loses doubles in Davis semifinals, Spain returns to the elite