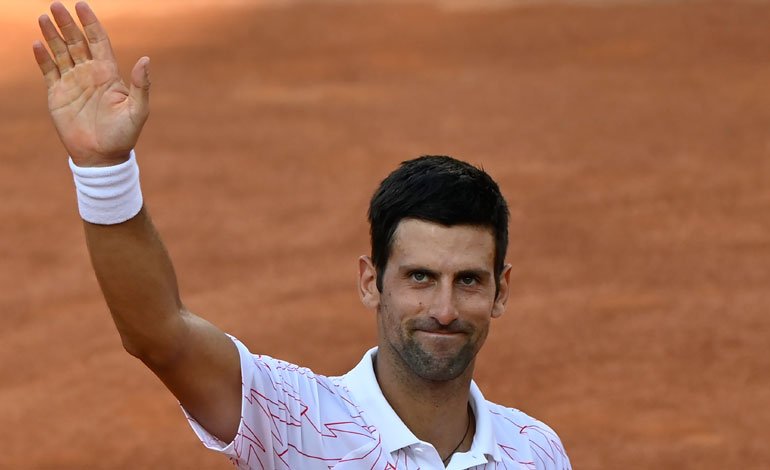 “I am not worried about the presence or not of the virus in me”, said in Paris the world number one, Novak Djokovic, carrier of the covid-19 in June and that he would risk a disqualification at Roland Garros, which begins on Sunday, in case of giving positive again in a test.

I’m not thinking about that at the moment. I have tested negative numerous times since I tested positive, ”said the Serb.

On Friday, the Spanish Fernando Verdasco, disqualified for the result of his covid-19 test upon his arrival in Paris, got angry with the organizers of Roland Garros, assuring that he had already tested positive on August 1, being asymptomatic, and since then he had tested negative on several occasions.

The Madrid player was outraged that he was not allowed to repeat the test and stated that he did it again on his own in two different centers the next day and that the results were negative, but he will not be able to be on the clay of the French capital .

You can also read:  Garbiñe Muguruza crashes against Tsurenko and loses his crown in Cincinnati

Djokovic is one of the top-level athletes who have been infected by covid-19.

His case was especially notorious, since it took place within the framework of the Adria Tour, a charitable tournament that he himself promoted in the Balkans and that caused an outbreak of infections. Also tennis players Grigor Dimitrov, Borna Coric and Viktor Troicki were also among those infected on that occasion.

“I think that the international community does not know if the virus can return or not once you have had it. Some countries say yes and others no. There is great medical confusion about what is advised, ”Djokovic relativized.

You can also read:  Djokovic is eliminated in Monte Carlo quarterfinals at the hands of Medvedev

At Roland Garros, the organizers have prepared a drastic protocol to guarantee health security: test on arrival, then 48 hours later and then every five days.

In case of a positive result, the same sample is subjected to a new analysis and the player is excluded from the tournament if confirmed. The controversy would then be in the possibility of “false positives”, with tennis players who could have developed antibodies from a previous infection.

“Yes, I have been tested” in Paris, said ‘Nole’. «I did several tests in Rome and another before coming to Paris, to have the right to enter France. I have taken a test once here since I arrived. I have been in isolation until the result came and they authorized me to train, like everyone else. I’m going to follow the same instructions as everyone else, ”Djokovic declared.

You can also read:  Serena Williams: "Wimbledon is a unique experience"

Djokovic is looking at this Roland Garros for an 18th Grand Slam title.

He missed a good chance to do so at the recent US Open, where he was disqualified after inadvertently sending the ball against a linesman.

«I’m going to be very careful when hitting the ball on the court. I have that in my head after what happened in New York, I think it’s going to haunt me for quite some time. I’m going to make sure I don’t repeat the same mistake, ”he said when asked about his nerve control.

“I won the tournament in Rome a week after what happened in New York,” the Serbian stressed to make it clear that life goes on and that his sights are now set on the Musketeers’ Cup. AFP (HN).