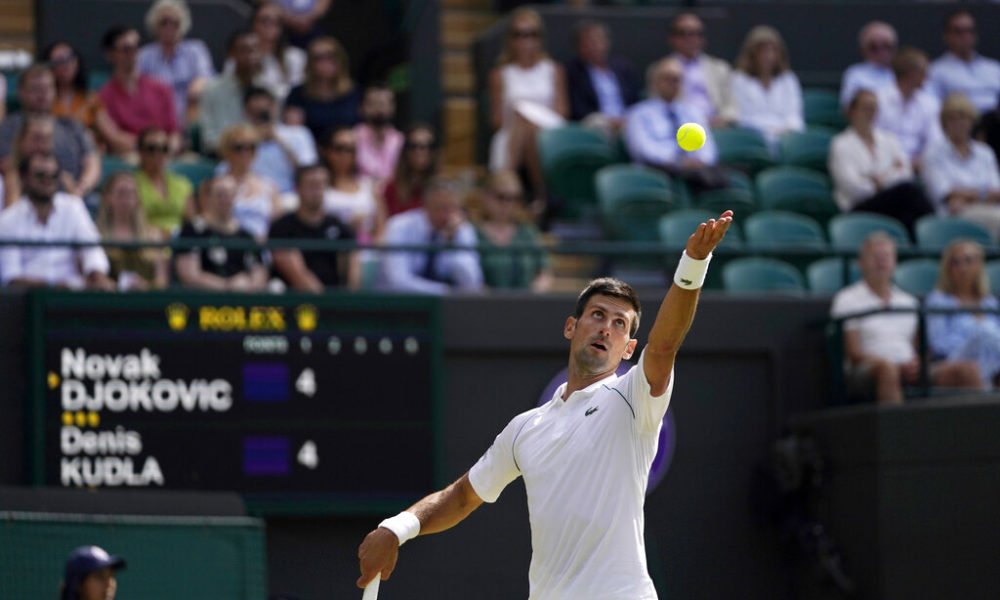 The world number one, the Serbian Novak Djokovic, winner of the last two editions of Wimbledon, advanced this Friday to the second round of the London tournament, after beating the American Denis Kudla in the third round (114th, from the previous phase) by 6-4, 6-3 and 7-6 (9/7).

“From the start of the third set, the match was very balanced. He had bad luck in the tie break because he was in front most of the time, but I found a way to overcome him, “said Djokovic after his win.

The Belgrade tennis player, great favorite for the title, will face the Chilean Cristian Garín (20th) in the second round on Monday, who had defeated the Spanish Pedro Martínez (107th) by 6-4, 6-3, 4-6 and 6 shortly before. -4.

You can also read:  Tsonga: "Supporting George is not just supporting the black American community"

It is the thirteenth time in sixteen appearances that Djokovic has reached the round of 16 at Wimbledon, since 2005.

At the All England Lawn Tennis Club he aspires to a sixth title, which would allow him to reach the record of 20 Grand Slam titles currently held by the Swiss Roger Federer and the Spanish Rafa Nadal.

You can also read:  Karolina Schmiedlova and Tamara Zidansek will participate in the Bogotá Open