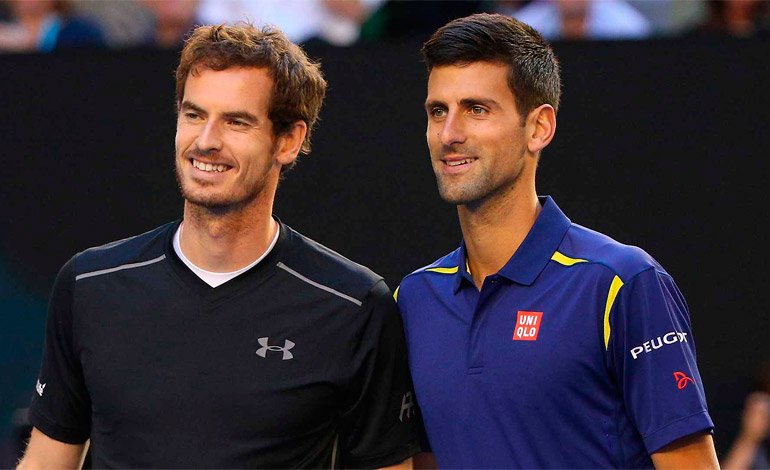 Serbian tennis player Novak Djokovic, number one in the world, praised in Paris today the form of British Andy Murray, number 2, who with his victory this Sunday in the Vienna tournament has approached the first place of the Serbian.

“He is surely playing the best tennis of his career,” said Djokovic at a press conference, when questioned about the stalking of Murray, who is only 415 points from his position.

Novak Djokovic, 29, will make his debut at the Masters 1,000 in Paris-Bercy this week in the main draw against the winner of the duel between Spaniard Nicolás Almagro and Gilles Muller from Luxembourg.

You can also read:  Venus Williams goes to third round under the covered roof of the Arthur Ashe

«I feel fantastic. Rejuvenated I am very happy to return to the city where I have good emotions this year, “said the Serbian, referring to Roland Garros, a title he won in 2016.

The Paris-Bercy Masters 1,000, which begins its main draw tomorrow and ends on November 6, features the top ATP finishers, including Djokovic (1), Murray (2) and the Swiss Stan Wawrinka (3) and in addition to Roberto Bautista (13), the best ranked Spaniard.

The Spanish Rafa Nadal (6) and the Swiss Roger Federer (7) will be out due to physical problems.