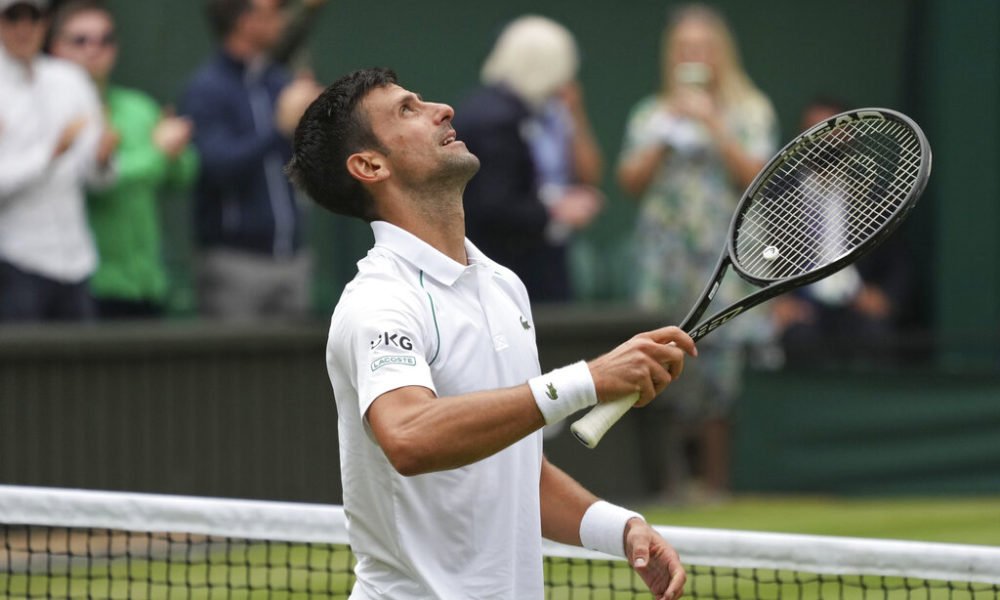 Novak Djokovic, world number one and five-time Wimbledon champion, qualified for his 10th semi-final on London grass on Wednesday by beating Hungarian Marton Fucsovics in two hours and 17 minutes of play.

Djokovic, who seeks to equal the record of 20th Grand Slam titles shared by Rafael Nadal and Roger Federer, beat the Hungarian 6-3, 6-4 and 6-4 and will face the Russian Karen Khachanov or the Canadian Denis Shapovalov for a place in the final on Sunday.

«I have played a solid game. I started very well and in the second and third sets, one break each time was enough ”to win the match, said the world number 1 after the match, giving“ credit to Marton for holding on ”.

You can also read:  Djokovic will not play any grass court tournaments before Wimbledon

The 29-year-old Hungarian, world number 48, had never made it past the second round of Wimbledon before. (AFP)