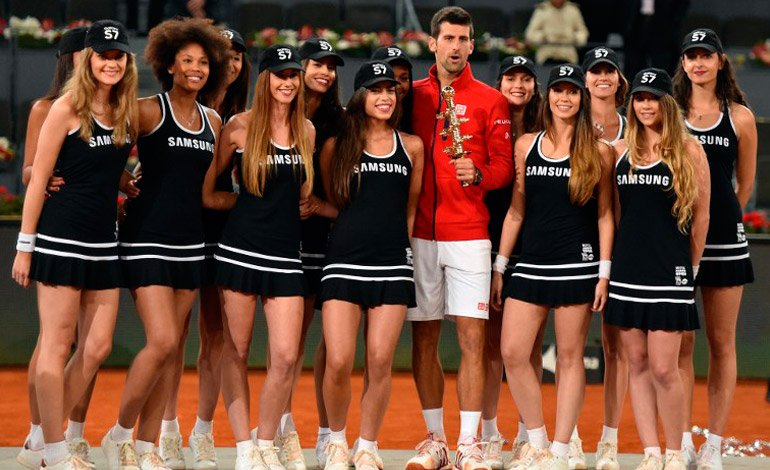 Serbian Novak Djokovic reigned again at the Mutua Madrid Open by signing up for this tournament for the second time after defeating British defending champion Andy Murray in the final this Sunday, 6-2, 3-6 and 6-3.
A magnificent performance by the world number one served to annul the Scottish player, also champion in 2008, who gave up his crown in two hours and six minutes, after beating the Serbian in the only set he has given this year in Madrid.
Djokovic, the 2011 winner, shattered the options of the world number two, and ended up winning the title by losing his serve three times all week, once against Japan’s Kei Nishikori in the semifinals, and both today against Murray.
His victory places him in the lead, with 29 Masters 1,000 titles, one more than the Spanish Rafael Nadal. Madrid is the fifth title of the season, after Doha, Australian Open, Indian Wells and Miami, and the 64th of his career.
With his defeat, Andy Murray will give up second place on the world list on Monday in favor of the Swiss Roger Federer. EFE.