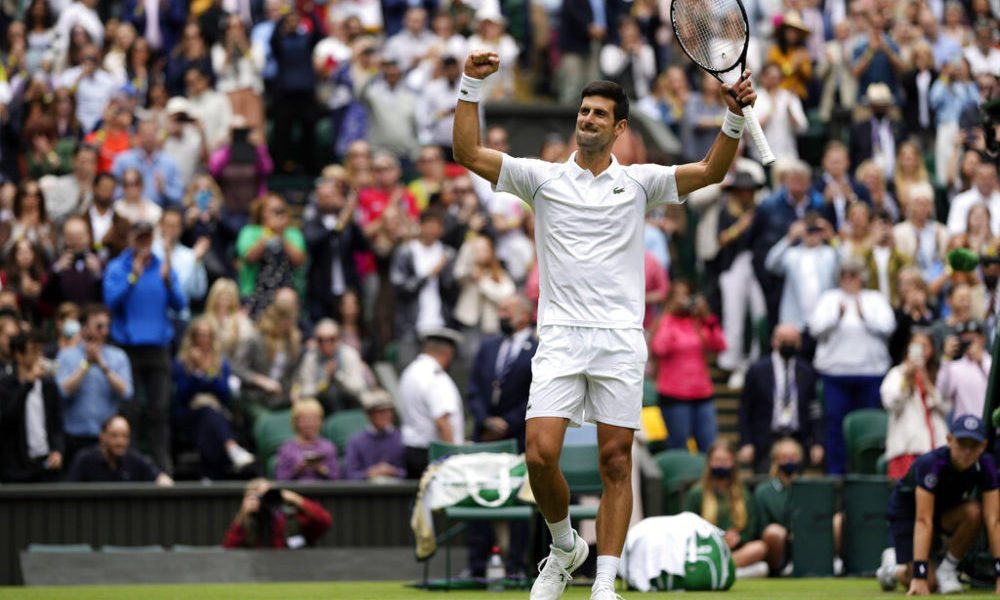 The Serbian tennis player Novak Djokovic, the Argentine Diego Schwartzman and the Spanish Garbiñe Muguruza won this Wednesday in the Wimbledon tournament, the third Grand Slam of the season, different fates than the American Sofia Kenin and the Spanish Pablo Carreño, who were eliminated.

The Serbian, world number 1 and five-time winner of the London event, qualified for the third round by calmly getting rid of South African Kevin Anderson (102nd in the ATP rankings) with a triple 6-3.

“I felt comfortable with my serve and knew that on long exchanges I would have an advantage,” analyzed Djokovic. “It had to be solid and not take too many risks. I’ve done better than I thought, “he said.

You can also read:  Serena Williams withdraws from Miami with knee injury

Despite some falls due to slips from which he was completely unharmed, Djokovic controlled at all times this Wednesday’s game.

Carreño, world number 13, did not imitate him. The Spanish prolonged his poor results in the grass Grand Slam for another year, after falling 7-6 (8/6), 6-4, 7-5 against a difficult opponent on this surface, the American Sam Querrey (N. 54).

You can also read:  Piqué denies a "battle of egos" with Federer

Garín will face off in the second round with Australian Marc Polmans (N.154), another classified from the previous round, as Zapata.

Canada’s Bianca Andreescu, world number 7, could not fulfill her role of fifth favorite and was crushed 6-2, 6-1 by France’s Alizé Cornet (N.58) this Wednesday.

The American Sofia Kenin, world number 6, was also eliminated, in her case when she lost to her compatriot Madison Brengle (82nd) ​​6-2, 6-4.

The Spanish Garbiñe Muguruza, champion of Wimbledon in 2017 and world number 12, advanced to the third round when she beat the Dutch Lesley Kerkhove (90th) 6-1, 6-4 without excessive complications.

You can also read:  Martina Hingis announces her retirement

The also Spanish Paula Badosa (N.33), a recent Roland Garros quarter-finalist, defeated her compatriot Aliona Bolsava in a hard-working three-set match (6-2, 5-7, 6-2) in the first round.

Colombian María Camila Osorio advanced to the third round, coming from the qualifying rounds, which surprised the Russian Ekaterina Alexandrova (36th) by 7-5 and 6-2.

Osorio will play in her next match against the Belarusian Aryna Sabalenka, fourth in the world.

In addition to the farewells to Guido Pella and Federico Coria, Argentina lost in the individual draws of this Wimbledon to Nadia Podoroska (39th), Juan Ignacio Londero (129th), Marco Trungelliti (205th), defeated this Wednesday.

Schwartzman’s victory avoided a tragic Wednesday for the Albiceleste delegation in London. (AFP)