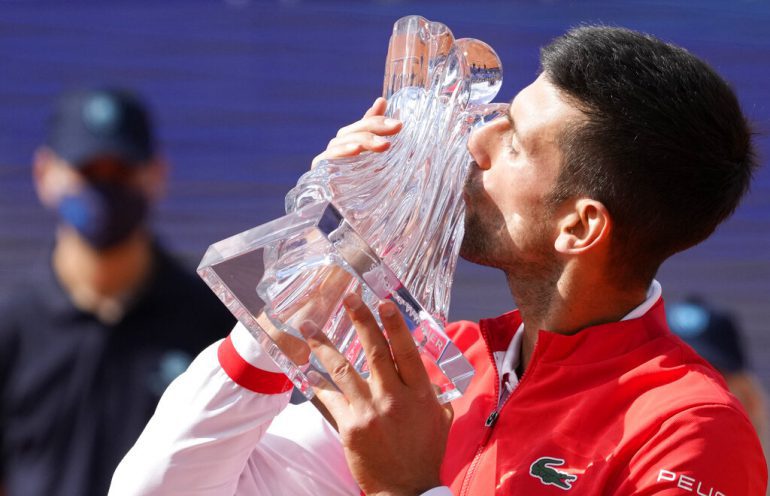 Serbian Novak Djokovic conquered the Belgrade Tournament this Saturday by defeating Slovak Alex Molcan, 255th in the world, 6-4, 6-3 in the final.

It is the second title this season for the 34-year-old world number one, winner of the Australian Open in February, and the 83rd of his career. Three of those 83 have been obtained in Belgrade.

“It’s been a long time since I played here in front of the public,” said Belgrade-born Djokovic, where he played another tournament just over a month ago, the Serbian Open. Then he fell in the semifinals, with the stands empty because of the restrictions against the pandemic.

You can also read:  Braves will give free tickets to evacuees by Hurricane Dorian

“Lifting a trophy here, ten years later, is really special. It couldn’t have been better before Roland Garros, ”added the Serbian, whose last title in Belgrade was in 2011.

«I play well and I feel good. I’ve had good times with my family, “he said.

In the final on Saturday, Djokovic faced Alex Molcan, who had never won a match on the ATP circuit before this week and who on Friday had eliminated Argentine Federico Delbonis (52nd in the world) in the semifinals.

“I didn’t play badly, but I was up against Djokovic,” Molcan said. “I tried today, but it wasn’t enough,” he resigned himself.

You can also read:  Serena Williams defeats Stephens and advances to the round of 16 at the US Open

In the first round at Roland Garros, Djokovic will face American Tennys Sandgren. The Serbian won 18 Grand Slam tournaments in his career, two fewer than Rafael Nadal and Roger Federer, who are in the same half of the table as him in the Paris tournament.