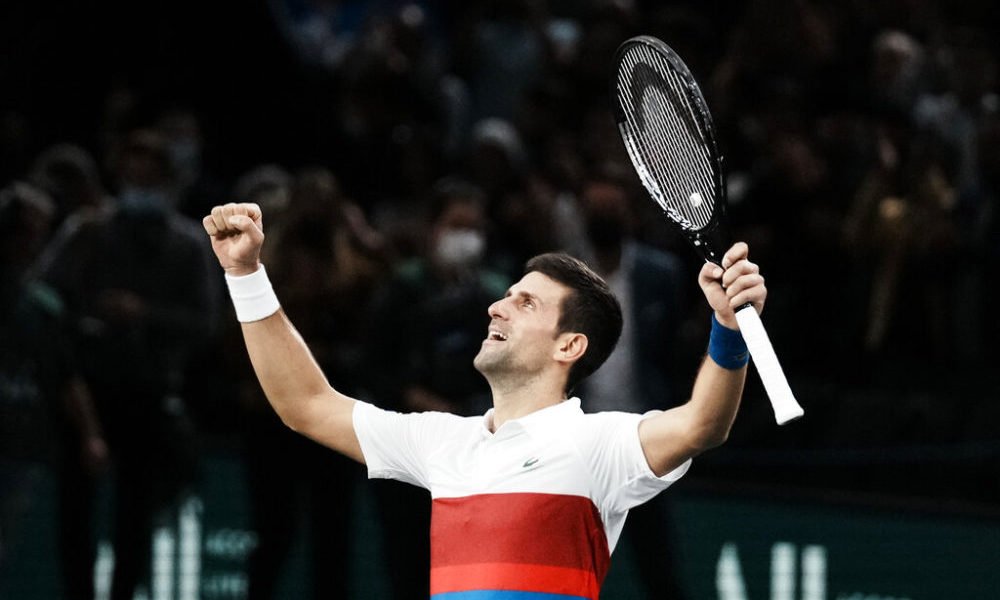 Novak Djokovic, world No. 1, conquered the Paris Masters 1000 for the sixth time in his career, this Sunday, defeating reigning champion Daniil Medvedev (2nd) 4-6, 6-3 and 6-3, who gave him he had failed to win all four ‘Big’ in the same year, in September at the US Open.

The Serbian thus conquered the record of 37 titles in Masters 1000 tournaments, the category inferior to those of the Grand Slam, improving by one the mark of Rafa Nadal.

Djokovic made sure on Saturday to finish the year as number one in the world hierarchy for the seventh time, which is also a record, by beating the American Pete Sampras, with six times finishing the year at the top of the ranking.

Medvedev put up a very solid resistance during a spectacular match (38 winners for Djokovic, 32 for Medvedev) between the two best players in the world today.

The Russian started the game consistently by breaking Djokovic’s first serve. But the Balkan broke his opponent’s shortly after to put the tie at 2-2 on the scoreboard.

However, Medvedev regained the lead 4-3 and ended up taking the first set 6-4 at the end, forcing Djokovic to come back.

The level of play and the pressure went up a notch in the second set. Djokovic came out in a whirlwind by achieving a 4-1 superiority and quickly equalizing the electronic, by winning in the second set 6-3.

The exalted public generated some difficulties for the players at that time, forcing the referee Aurélie Tourte to call the attention of a spectator: “I think that, for you, it is time to take a walk outside.”

You can also read:  Djokovic out of the doubles final of the Mallorca tournament

In the third and decisive heat, the tennis players imposed power on their strokes, which reached extreme speeds, from one line to another and from one corner of the court to another.

But, an intractable Djokovkic glimpsed victory after a double break, which consolidated it with a 5-2 on the scoreboard, to end up winning the sleeve again by 6-3.

The Serbian ended up winning his 86th career title. (AFP)

THE RECORDS OF DJOKOVIC

Seasons finished in the world No. 1: 7 (record), ahead of Pete Sampras (6), Jimmy Connors, Roger Federer and Rafael Nadal (5).

You can also read:  Pakistan to host Davis Cup tie for first time in 13 years

. End-of-year Masters titles: 5 such as Ivan Lendl and Pete Sampras, already one of Roger Federer’s record (6)

. Djokovic is the only tennis player to have won at least twice each of the four Grand Slam tournaments in the Open era (since 1968).

. Djokovic is the only tennis player to have conquered all nine Masters 1000 tournaments since its inception in 1990.