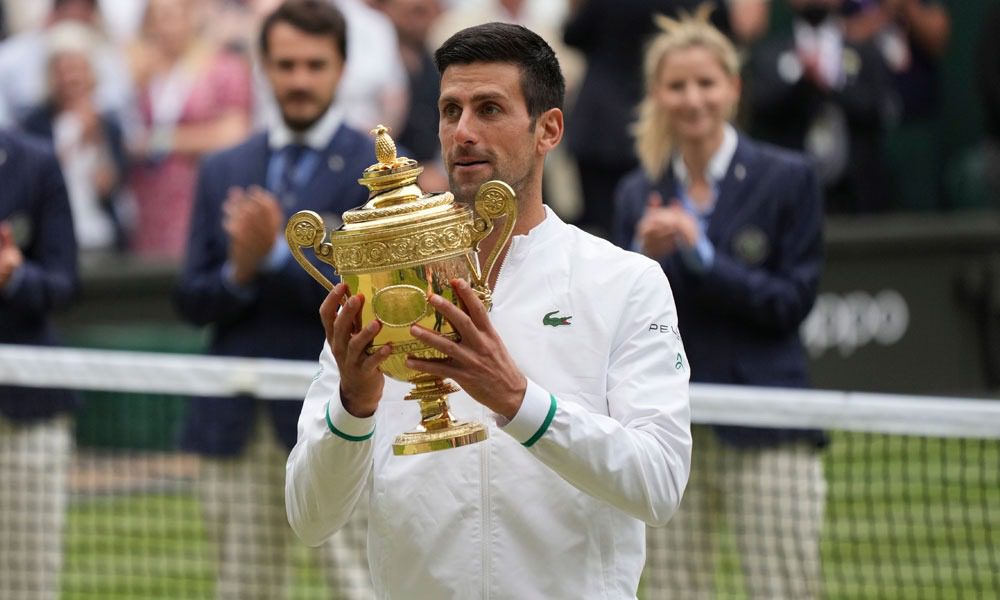 Serbian Novak Djokovic, world number 1, won Wimbledon by beating Italian Matteo Berrettini in the final this Sunday by 6-7 (4/7), 6-4, 6-4 and 6-3, reaching the record of 20 titles of the Grand Slam that until now Roger Federer and Rafael Nadal shared.

In 2021 the Serbian has won the three major disputed and at the US Open, in September, he will seek the ‘Golden Slam’, win the four Grand Slam in a calendar year, in addition to the gold medal at the Tokyo Games – the only great trophy missing from his record – in the same calendar year. Only the German legend Steffi Graf has done it, in 1988.

You can also read:  Rafa Nadal in the semis of the US Open, two games away from his fourth title

Against Berrettini, who at age 25 was playing his first Grand Slam final, Djokovic has imposed his experience and tactical sense on a full center court, mesmerized by the quality and intensity of the duel (57 winners for Berrettini, 31 for Djokovic), although always siding with the Italian, which at times bothered the Serbian. (AFP)