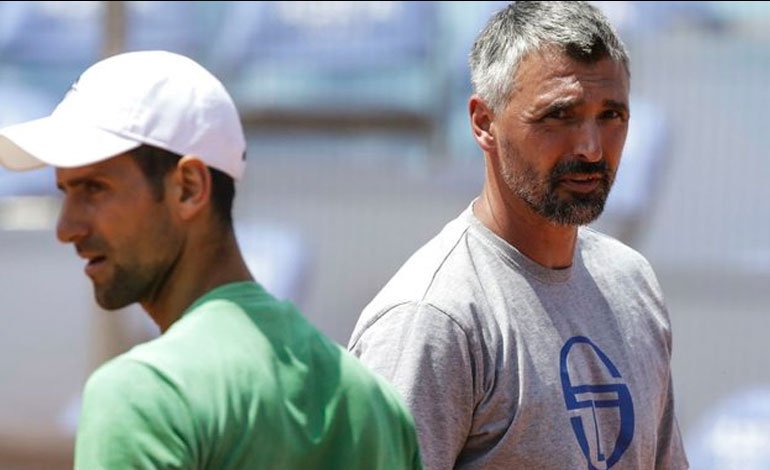 Goran Ivanisevic, coach of Serbian tennis player Novak Djokovic, has also tested positive for coronavirus, with which there are already ten cases related to the charity tournament organized by the current world number one and who has been criticized for ignoring precautionary measures to avoid contagions.

“Unfortunately, after two negative tests in the last 10 days, I just learned the results of the third test, today, and it is positive for COVID-19,” Ivanisevic reported on the social network Instagram.

Ivanisevic, the only Croatian to have won Wimbledon (2001), assured that he feels fine and has no symptoms.

“I want to inform everyone who was in contact with me about the fact that I am positive for COVID-19 so that they do everything necessary to protect themselves and their families,” wrote the former tennis player.

You can also read:  Monica Puig, Wozniacki, Cibulkova and Pliskova will compete in the semifinals

Djokovic’s Adria Tours tournament was suspended last Sunday when the second of the five stops planned by Serbia, Croatia and Bosnia was held in the Croatian city of Zadar, when it became known that one of its participants, the Bulgarian tennis player Grigor Dimitrov (19 of the ATP ranking), had tested positive.

Since then, they have announced that Djokovic himself, his wife and his physical trainer are infected; Serbian tennis player Victor Troicki and his wife; Croatian player Borna Coric (33rd in the world); Dimitrov’s coach; and a driver who transported the tennis players who played in Zadar.

The tournament, which kicked off in Belgrade on June 12, was planned by Djokovic to raise funds for various humanitarian organizations to help players regain their rhythm and return to competition in the midst of the pandemic.

You can also read:  Krejcikova also wins women's double and makes a double at Roland Garros

That first stage, where the players embraced and the public in the stands did not generally respect the safety distance, was won by the Austrian Dominic Thiem, number three in world tennis.

Djokovic has apologized for the damage caused and acknowledged that he was wrong in organizing the tournament.

The Serbian player has been criticized by different personalities from the tennis world. EFE (HN)