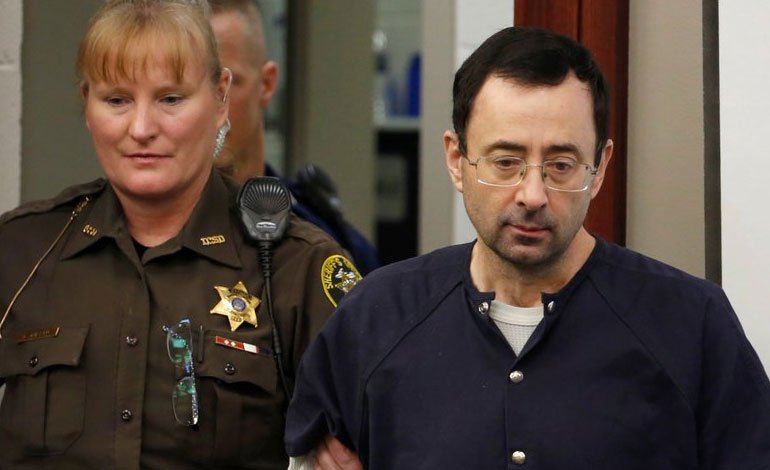 Former American doctor Lawrence “Larry” Nassar was sentenced to 40 to 175 years in prison for sexual abuse against dozens of gymnasts over at least three decades.
“I just signed your death warrant (…) You do not have the right to walk outside a prison again,” Judge Rosemarie Aquilina told him.
In the judge’s vision, “you still don’t understand that it is a danger.” Aquilina said she was convinced of the power of rehabilitation, “but I don’t see that this is possible with you.”
Upon reading the sentence, Judge Aquilina also added that “in the event that one day you are released again – something I highly doubt – you must register as a sexual offender.”
Shortly before, Nassar apologized for “the pain, trauma and emotional destruction” of his victims.
“There are no words to describe the depth and breadth of how sorry I am for what has happened,” said the former doctor, who tried to address some of the complaining athletes in the room but received a wake-up call from the judge.
The 54-year-old Nassar spent nearly three decades with the American Gymnastics Federation team, where he served as a doctor for the team’s top stars, including several world champions and multi-Olympic medalists.
Talents such as Simone Biles, Aly Raisman, Alexis Moore, McKayla Maroney and Gaby Douglas, among others, denounced the sexual abuse they suffered for years by Nassar.
In December last year, Nassar had already been sentenced to 60 years in prison for possession of child pornography.
The prison scandal and the allegations against Nassar led to the resignation on Monday of several officials of the American Gymnastics Federation itself and cost its president Steve Penny his job in November.
The resignation of several officials became inevitable after the star Raisman wondered how Nassar could abuse athletes for decades without the Federation doing anything to prevent it. AFP

You can also read:  Leclerc sanctioned 10 places for engine change