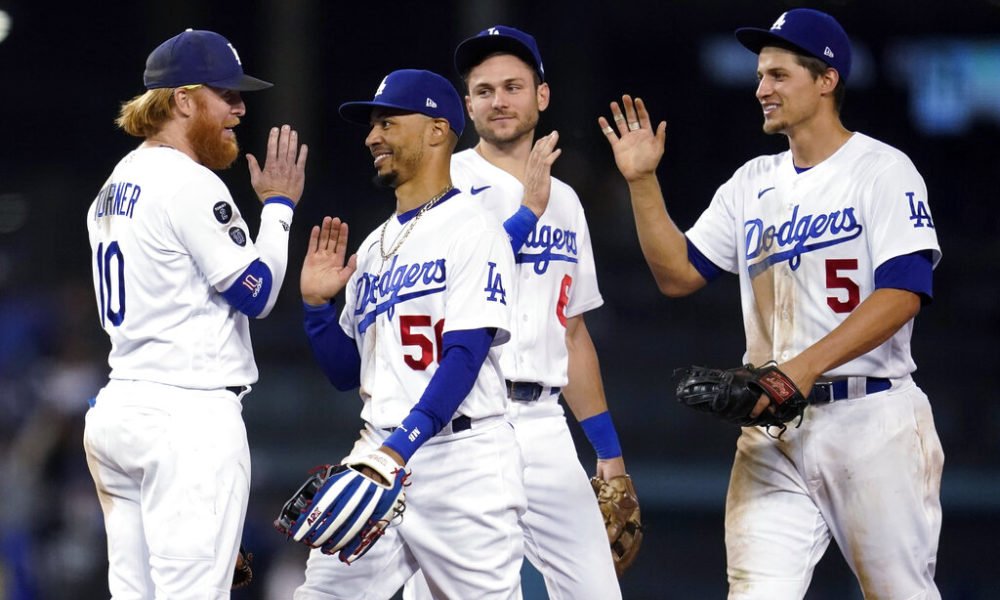 The Dodgers are trying to catch up with the San Francisco Giants in the NL West. They matched their rivals at something huge by becoming the second team in the majors to secure their postseason berth.
Max Muncy, Trea Turner and Will Smith hit home runs in an 8-4 victory over the Arizona Diamondbacks Tuesday night, the fifth in a row for the Dodgers.
San Francisco sealed its ticket to the playoffs the night before. The Dodgers certified their ninth consecutive postseason presence after earning their eighth straight win at home, aided by losses from Cincinnati and San Diego. The reigning World Series champions have swept home, where their 51-23 record sets the tone in the majors.
“It’s something we can’t take for granted,” third baseman Justin Turner said. “At the same time, we have to focus on what is ours and what follows. Maybe that’s why I had no idea that we could qualify tonight. “
The Giants threw a party after advancing to the postseason for the first time in five years. The Dodgers preferred to be discreet.
“We had a little champagne toast, a few words and there was recognition of the fact that it is a great achievement,” said pilot Dave Roberts, wearing a T-shirt with the phrase “Assembled for October”.
“We have a lot of work ahead of us and this is just the beginning,” he added.
The Dodgers finally have all their cards from the starting rotation – led by Walker Buehler, Max Scherzer and Mexico’s Julio Urías – after multiple injuries. All three are Cy Young candidates.
“You win on starting pitching and I think we have the best pitchers in all of baseball,” Roberts said. “I am delighted with our situation.”
Tony Gonsolin (3-1) allowed two hits in five scoreless innings, struck out six and walked two. Luke Weaver (3-5) took the loss. (AP)