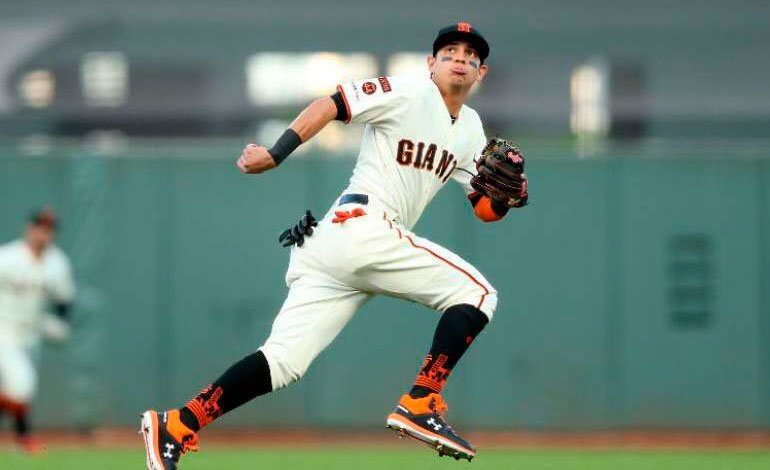 Kike Hernández hit a home run and produced five runs for the Los Angeles Dodgers to overwhelm their archrivals San Francisco Giants 8-1 on Thursday, in a park without an audience, as the shortened coronavirus campaign opened.

Mookie Betts, who dropped to one knee during the performance of the national anthem, was 1-for-5 in the game that marked his debut for the Dodgers.

Betts struck out swinging him in his first at-turn, a day after signing a 12-year, $ 365 million contract.

Justin Turner grounded out. On a pick play, Betts overcame the shot to give the Dodgers a 2-1 lead in the seventh inning.

The Giants challenged the umpire’s call, who declared that Betts made it safe by sliding headfirst into the plate. Repetition endorsed the original decision.

Betts struck out with the bases loaded to end a five-run inning that left the Dodgers ahead 6-1.

Dustin May became the first Dodgers rookie to start an opening game since 1981, when Mexico’s Fernando Valenzuela did.

The decision to put May on the mound was made when Clayton Kershaw suffered a back problem. It was something similar to what happened with Valenzuela, who replaced the injured Jerry Reuss at the last minute.

Tyler Rogers (0-1) was the loser. Johnny Cueto started for the Giants, allowing one run and five hits in four innings, with three strikeouts and one walk.

For the Giants, the Venezuelans Wilmer Flores 4-1, Pablo Sandoval 3-1 with an RBI. Honduran Mauricio Dubón 3-0, including two strikeouts. The Colombian Donovan Solano 1-0.