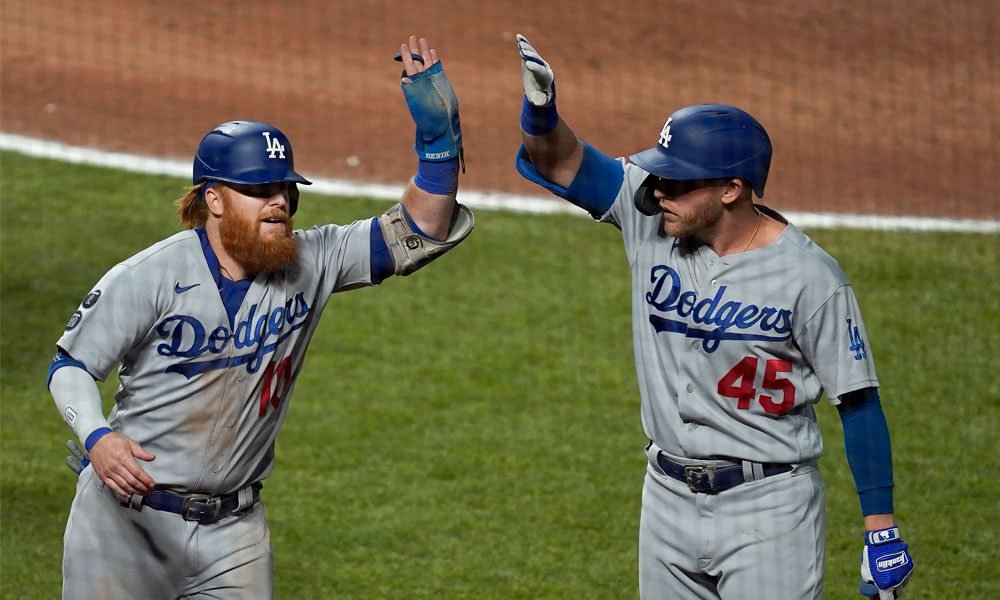 With a run RBI by Cody Bellinger in the ninth inning, the Los Angeles Dodgers prevailed 2-1 in a thrilling fifth and final game of the Major League Baseball Division Series over their bitter rivals San Francisco Giants.

The Los Angeles team, reigning World Series champions, won a heart attack victory at Oracle Park in San Francisco with which they sealed the first meeting of both franchises in a playoffs 3-2.

The Dodgers will now play the National League Championship series against the Atlanta Braves while the American League tie will be played from Friday by the Houston Astros and the Boston Red Sox.

You can also read:  Details of the accident in which Cuban baseball player José Fernández died were revealed

With a 1-1 tie in the ninth inning, Bellinger became the Angelenos’ hero by hitting an RBI single that gave them the ultimate lead.

In an action that put his disappointing season into oblivion, Bellinger had a hit off pitcher Camilo Doval who advanced through right center field allowing Justin Turner to score from second base.

Turner had reached first when he was hit by a pitch from Doval, and advanced on a single by Gavin Lux.

It was a tough end to the year for San Francisco, who had clinched the NL West title with 107 wins, to 106 for the Dodgers, only to succumb to their historic rivals in their first playoff crossover.

You can also read:  Ozuna and Encarnación play with explosive bats and hit home runs

Cody Bellinger, the 2019 National League Most Valuable Player (MVP), reached the postseason with a batting average of .165 and was 3 of 14 in these playoffs, but he did not shy away from responsibility at the decisive moment.

“You really want to be in that moment,” Bellinger said. “I felt good. The previous three or four releases I just missed and this time I made it a little easier and got the job done. “

For his part, Mookie Betts, an outfielder for the Dodgers, was also key with a career-high four hits in the postseason.

Star pitcher Max Scherzer, acquired by the Dodgers at the close of the transfer market, entered the bottom of the ninth inning and posted the first save of his major league career.

You can also read:  Big Papi 'threw the first ball in a Yankees-Red Sox game

The start of the best-of-seven series between the Dodgers and Braves will take place Saturday in Atlanta. Afp (HN)