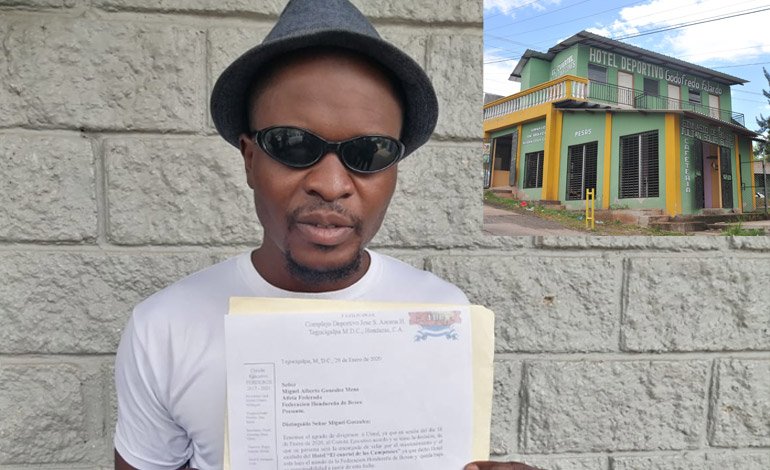 Former Honduran boxer Miguel “Muñeco” González, filed a complaint with the authorities of the Honduran Boxing Federation (FHB), the National Commission for Sports Facilities (Conapid) and the Autonomous Sports Confederation of Honduras (Condepah), because they do not let him exercise his position as administrator of the Hotel de los Campeones.

The boxer was appointed by the FHB last January as manager of the Hotel de los Campeones, a gym located in the facilities of the José Simón Azcona Sports Complex, but according to regret, he has not been able to exercise it, because coach Julián Solís, won’t let him.

“I am the administrator of the Hotel de los Campeones, I told Julián Solís that the Federation appointed me as manager, he told me that the key will not be given to me, because he is the manager, I left that like that to avoid lawsuits, but not He allows me to give classes, he harasses me, I want to open the gate and he does not allow me, I think that comes from Godofredo Fajardo, who is the person who advises him, just because he has a demand from the current federation, “he explained.

“I need them to give me the keys, I am the gym administrator, because my students arrive at 1:30 pm and he opens at 3:30 pm, he (Julián Solís) does not give him maintenance, I handle him clean, the bathrooms, the floors, I hope he understands that I am the new administrator, that he allows me to work freely ”.

The “Doll” assures that he does not want to use violence against his former coach, and clarifies that he can continue working with his students.

“I don’t want to use force, because I want to bring things to peace with it, that’s why I ask the people of Conapid, Condepah and the Boxing Federation to make those people clear. The facility belongs to the state, it is not theirs, it is for all those who want to teach, it is to train athletes, coaches who want to come to do so, we only coordinate, just because I am in charge I will not close the doors I only ask that they let us work, even Julián himself can continue working there ”.

You can also read:  Ronda Rousey poses with her body painted in a sensual photo shoot

It is noteworthy that “Muñeco” González was the first boxer to put the name of Honduras in the international boxing concert, he won several fights in Mexico and is currently a coach.