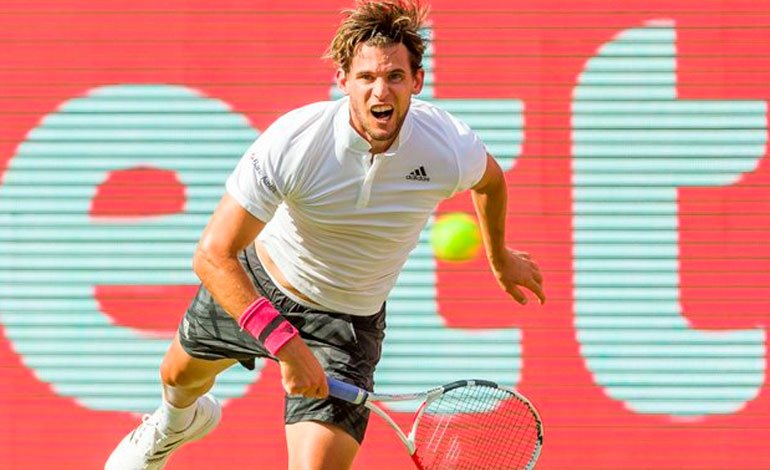 Austrian Dominic Thiem once again confirmed his status as one of the fittest players after confinement by winning the Berlin exhibition tournament on Wednesday after beating 6-7- (4), 6 in the final. -4 and 10-8 to Italian Matteo Berrettini.

A victory that rewarded the mental strength of the Central European tennis player, who when he seemed to have everything against him managed to force the third and final sleeve, in which Thiem won the “super tie-break” by 10-8.

Neither Berrettini’s cannon shots, with serves exceeding 220 kilometers per hour, nor the impossibility of forcing a single breaking ball in the entire first set made the Austrian player despair.

You can also read:  Federer will return money if he does not play in Colombia

And that Thiem, number 3 in the world classification, seemed against the ropes after giving up the first round in the tie-break 7-4 and placing himself with two adverse break balls in the second game of the second round. .

But then the best version of Dominic Thiem emerged that not only managed to save his serve, but also managed to take a 4-3 lead on the scoreboard, after breaking, for the first and only time in the match, the Italian’s serve.

A “break” that seemed to give wings to the Austrian on the Berlin grass, in which since then there has only been one player, Dominic Thiem.

You can also read:  Del Potro wins the ATP 'Comeback of the year' award

Superiority that allowed the pupil of Chilean Nicolás Massú not only to win the second set 6-4, but also the third, in which the Central European won the “super tie-break” by 10-8.

A result that allowed Thiem, who last Saturday fell in the final of his tournament, the “Thiem’s ​​7” against Russian Andrei Rublev, win his second tournament after returning to competition, after winning last June in the controversial Adria Tour.

On the contrary, we will have to wait until next Friday to know the winner of the women’s tournament, after the decision of the organization to postpone the final between the Czech Petra Kvitova and the Ukrainian Elina Svitolina, scheduled for today, due to the lack of light. to the delay caused by the rain that fell in the German capital EFE. (HN)

You can also read:  Nadal eliminates Querrey and will play Wimbledon semifinal against Federer