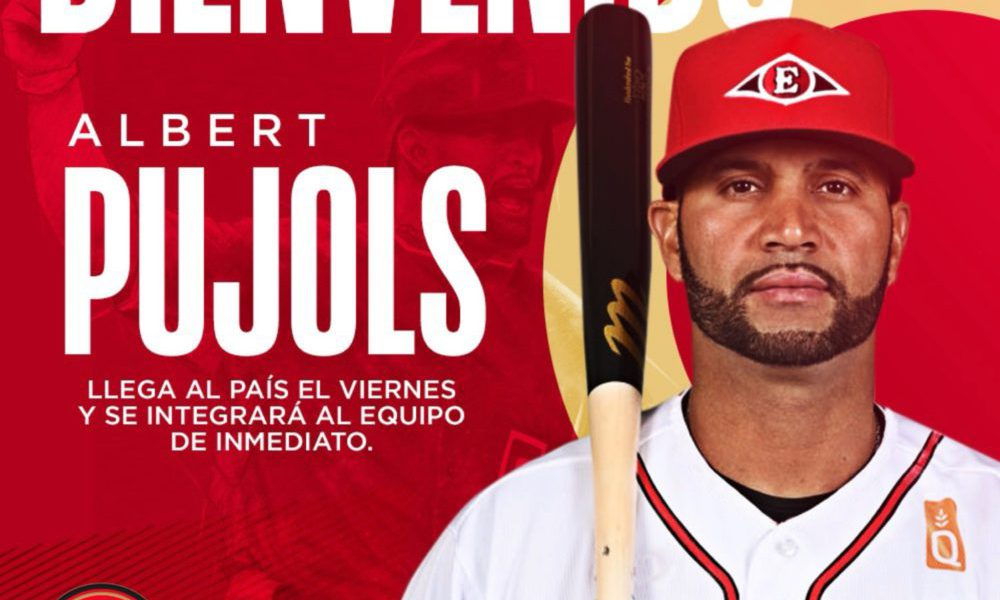 Dominican baseball player Albert Pujols will play for the first time in his country’s winter league when he wears the uniform of the Leones del Escogido, the team reported Thursday.

Pujols, a two-time World Series champion and a future member of the Hall of Fame, will arrive in the Dominican Republic this Friday “to immediately join the 16-time national champions,” the feline squad said in a statement.

“Bringing Pujols to local ball is an organization-wide effort for the good of our baseball,” Leones general manager José Gómez Frías was quoted as saying in the text. “His immediate presence on and off the field will help us to be a better team.”

With 21 seasons in the Major League, Pujols will play for the first time in the Dominican Republic, despite having been signed for years with Gigantes del Cibao until now, when he was traded for Edward Paredes and Melky Mesa.

The 41-year-old is coming off a loss for the Los Angeles Dodgers in the Major League Baseball Playoffs against the Atlanta Braves. He previously defended the colors of the St. Louis Cardinals (2001-2011) and the Anaheim Angels (2012-2020).

Currently a free agent, he has plans to continue in the majors next season, according to specialized media.

Throughout his career, with a .300 batting average, Pujols has won, in addition to two World Series rings, three Most Valuable Player awards, six Silver Bats, 10 All-Star selections and two Gloves. of gold.

You can also read:  Dodger beating; Nationals win without Trump at opening ceremony

Born in Santo Domingo in 1980, the Pujols family immigrated to the United States in 1996 when the young prospect displayed the talent that later catapulted him into professional sports. (AFP)