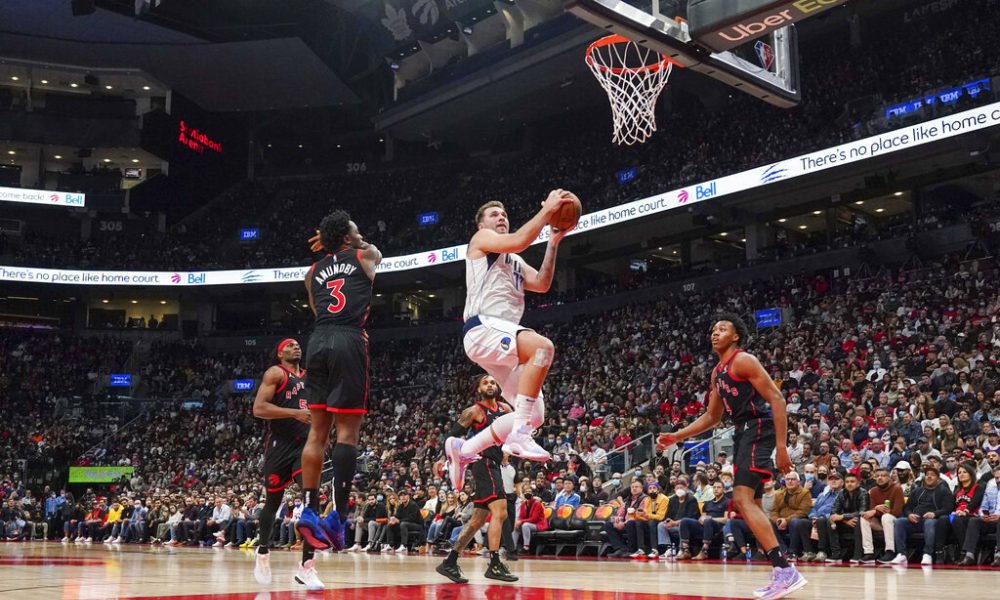 Luka Doncic’s Dallas Mavericks signed their first victory of the NBA season on Saturday, against the Toronto Raptors 103-95, while the Milwaukee Bucks, reigning champions, returned to the path of victory against the San Antonio Spurs.

The Mavericks, who were overwhelmed by the Atlanta Hawks on Friday, gave Jason Kidd, their new coach, a first victory at the hands of their star Luka Doncic, who touched the triple-double with 27 points, 9 rebounds and 12 assists.

The Slovenian, considered one of the candidates for the MVP (Most Valuable Player) award, chained 12 points in the third quarter so that his team faced the last quarter with an advantage.

Guard Tim Hardaway Jr contributed to the win with 25 points and 7 triples and Latvian Kristaps Porzingis with 18 points and 10 rebounds.

The Raptors, who added their second loss on their court, were led by point guard Fred VanVleet and forward OG Anunoby, both with 20 points.

The Atlanta Hawks, meanwhile, suffered their first loss of the season, against the Cleveland Cavaliers 101-95.

The Spanish Ricky Rubio again excelled with 23 points and 8 assists taking advantage of the injury of the starting point guard of the Cavaliers, Darius Garland.

For the Hawks, Trae Young was the offensive leader with 24 points and 7 assists but with a weak stat of 8/22 on shooting from the field and 1/6 on triples.

“I have to do better,” acknowledged the young All-Star point guard. “I will do it better. I just have to find the rhythm.

Two days after being massacred by the Miami Heat, the Milwaukee Bucks beat the San Antonio Spurs 121-111 on the court.

Jrue Holiday, injured against Miami, returned to the team with 16 points while Greek Giannis Antetokounmpo finished with 21 points, 8 rebounds and 8 assists.

His squire Khris Middleton, with 28 points, was the leading scorer for the Bucks, who have two wins and one loss this season in which they defend their championship ring.

With the loss of veteran point guard Kyle Lowry, the Miami Heat lost 102-91 in overtime to the Indiana Pacers.

The young guard Tyler Herro nailed the triple that forced the overtime rounding a performance of 30 points and 10 rebounds, figures that no Miami player had achieved from the bench.

Jimmy Butler stayed at 19 points and Bam Adebayo at 17 points with 16 rebounds for Miami while rookie Chris Duarte had 19 points for the Pacers.

“We missed a lot of shots that we normally take, myself included,” Butler lamented. “I have to be better in general.”