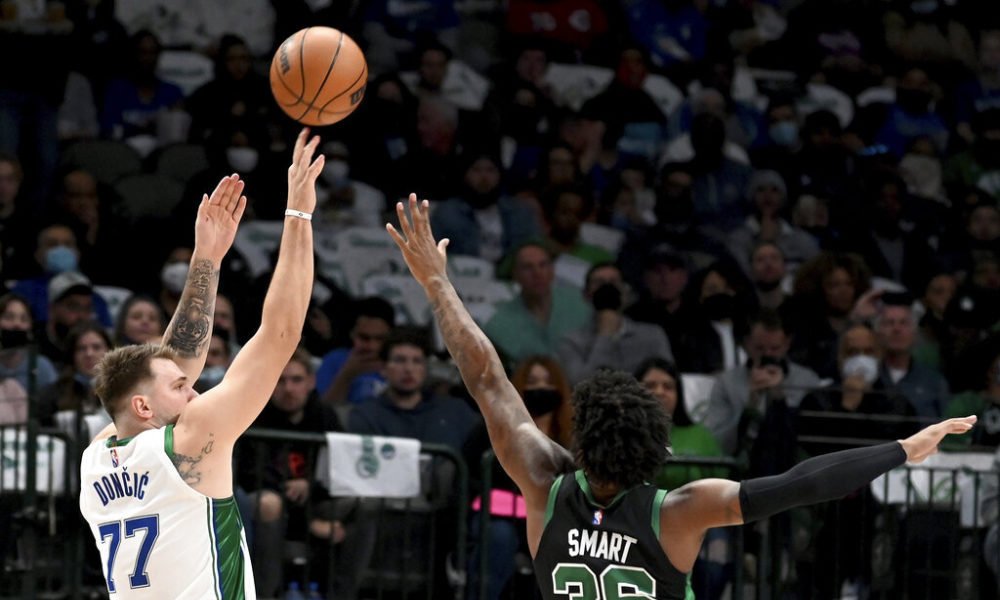 With a spectacular triple in the last second, Luka Doncic gave the victory to his Dallas Mavericks on Saturday against the Boston Celtics as the Philadelphia 76ers beat the Chicago Bulls in a duel at the top of the Eastern Conference of the NBA.

The Mavericks defeated the Celtics 107-104 in a match in which Doncic, who added 33 points and 9 rebounds, beat Jayson Tatum in a stellar duel, who finished with 32 and 11.

With a tie at 104 and 11 seconds left, Doncic crossed the track defended by Josh Richardson, heeled to the left and, after taking a step back, scored an unbalanced triple that unleashed euphoria at the American Airlines Center in Dallas.

The Slovenian guard was supported by the Latvian Kristaps Porzingis, with 21 points, while the German Dennis Schröder added 20 points for Boston.

The Celtics, who have their figure Jaylen Brown out, are starring in the worst start to the season in recent years with 4 wins and 6 losses while the Mavericks are third in the Western Conference with a balance of 6-3.

You can also read:  Cavaliers demolished their roster

In a clash for the leadership of the East, the Philadelphia 76ers beat the Chicago Bulls 114-105 on the court with a recital by Cameroonian Joel Embiid, with 30 points, 4 triples, 15 rebounds and 2 blocks.

The impressive performance of the pivot made up for the absences of the other two Sixers figures, Tobias Harris, who is dropped by protocol against covid-19, and Ben Simmons, who still does not fully rejoin the team after requesting the transfer.

Embiid beat Montenegrin Bulls center Nikola Vucevic, who finished with just 11 points on a 5-for-16 shooting from the field.

Guard Zach Lavine was again the Bulls’ leading scorer with 32 points and 9 rebounds.

The Heat beat the Utah Jazz 118-115 on Saturday night with a triple-double from 35-year-old point guard Kyle Lowry. Lowry, a new signing from Miami for this season, had a record of 20 points, 12 rebounds and 10 assists.

Donovan Mitchell was the offensive engine of the Jazz with 37 points and 7 assists.

– Winning cap from Jokic –
With a block in the last second, center Nikola Jokic gave the Denver Nuggets a 95-94 victory over the Houston Rockets.

The Serbian, current MVP (Most Valuable Player) of the league, put the Nuggets back on his back with an exhibition of 28 points, 14 points, 2 steals and 1 block.

Argentine guard Facundo Campazzo finished with 8 points, 2 rebounds, 2 assists and 1 steal and some of the best plays of the game, such as an assist from behind his back to Barton to finish a counterattack or a far triple seconds from the end. of the third quarter.

You can also read:  Suns caress finals by beating Clippers

The Rockets, led by center Christian Wood (12 points and 17 rebounds), led 94-89 with two minutes remaining but the Nuggets turned the score around with two 3-pointers from the corners of power forward Aaron Gordon.

Houston had the last possession to win the game. Eric Gordon entered the zone and assisted Jae’Sean Tate under the basket but his shot was blocked by Jokic.

The crash also saw the injury of young Nuggets forward Michael Porter Jr., who retired with back pain midway through the first quarter. The player was inactive throughout his first season in the NBA due to back problems, which led him to undergo surgery twice.

Results of Saturday’s day in the NBA: