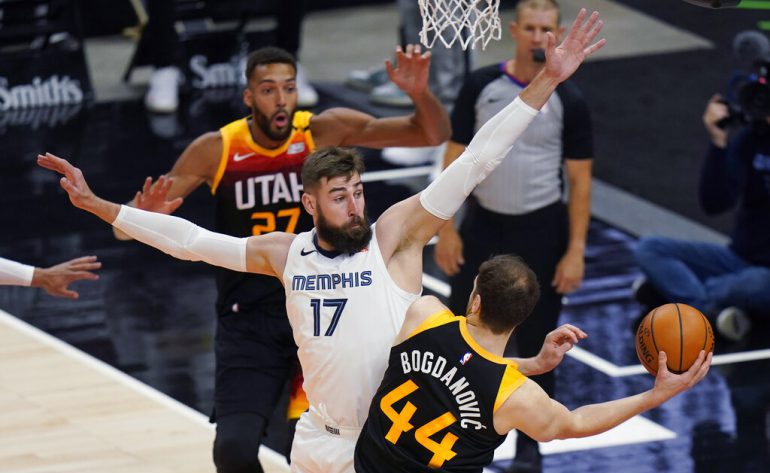 With 30 points in just 29 minutes, guard Donovan Mitchell led the resounding and definitive 126-110 victory of the Utah Jazz against the Memphis Grizzlies.

“As a team leader you have to set the tone and lead by example, be aggressive, make the right plays,” explained Mitchell. “That was my mentality the whole game. I have been in this position and it was my responsibility.

Frenchman Rudy Gobert, with 23 points and 15 rebounds, seconded Mitchell while veteran point guard Mike Conley had to retire before the break with 7 points in 12 minutes.

The Grizzlies, in which Ja Morant and Dillon Brooks stood out with 27 points each, say goodbye to a season in which they advanced to the playoffs eliminating Stephen Curry’s Golden State Warriors in the ‘play in’ (repechage).

You can also read:  Kyrie Irving fined for not attending the press

The Jazz, leaders of the West in the regular phase, will face in the second round the winner of the crossing between the Los Angeles Clippers and the Dallas Mavericks (2-2). (AFP) (GG)