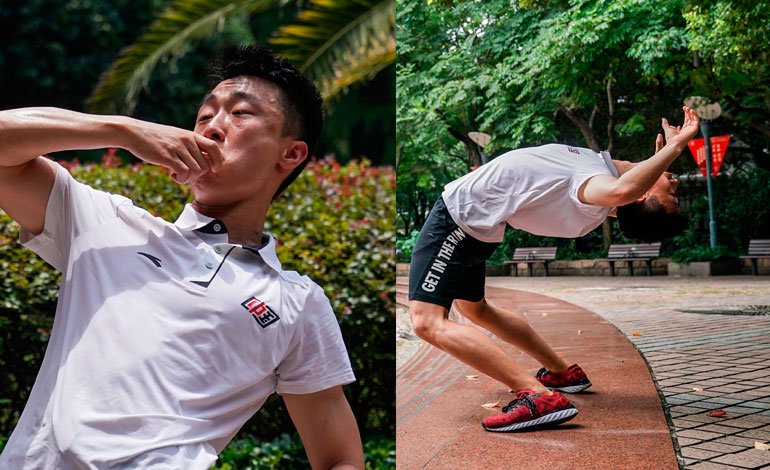 He staggers, rolls on the ground, and spreads his arms out like he’s drunk, but Liu Xuliang hasn’t had a drop of alcohol. This young Chinese man is an ace in “drunken boxing”, a spectacular martial art.

According to him, about 1,000 people in China practice this style of fighting, also known as drunken boxing, more similar to kung fu, and even ballet, than to boxing itself.

The objective is to deceive the adversary into thinking that you are drunk and then defeat him with a forceful and precise gesture.

“The drunken boxer looks like a drunkard but he’s actually very sober,” sums up 24-year-old Liu Xuliang after demonstrating his talent in a gym in Shanghai.

«He seems drunk, it makes him laugh, because he can hardly stand. But his sense of attack is intact and his movements are perfectly studied, “adds the young martial arts professional.

Demonstration: Liu advances with a threatening air, as if looking for a fight after having had too much to drink, then staggers, crouches, stops for a moment and jumps back to life, doing cartwheels high above the ground, ready to strike an opponent imaginary.

The young man became passionate about drunken boxing by watching a series of old kung fu movies in which Jackie Chan plays a drunken master.

You can also read:  Rematch Franco - Moloney ends without decision and controversy

But since the end of the series in 1994, the discipline has been less seductive, acknowledges Liu Xuliang, who tries to attract an audience by practicing this martial art in a park in the Chinese economic capital.

The Chinese government supports drunk boxing both at home and abroad. Liu and his colleagues on the national martial arts team often perform before the public so that “their art” is not forgotten.

One of his classmates, Peng Aofeng, explains that drunk boxing is a more demanding discipline than other forms of martial arts due to jumping and cartwheeling.

And few athletes have the “flexibility and explosive strength” necessary for this sport, explains the thirty-year-old to AFP.

You can also read:  Boxing champion rebukes her rapist

Despite its spectacular side, drunken boxing is hardly used as a defensive method in real life.

He acknowledges that among non-professionals “he has hardly ever seen anyone practice drunk boxing.”