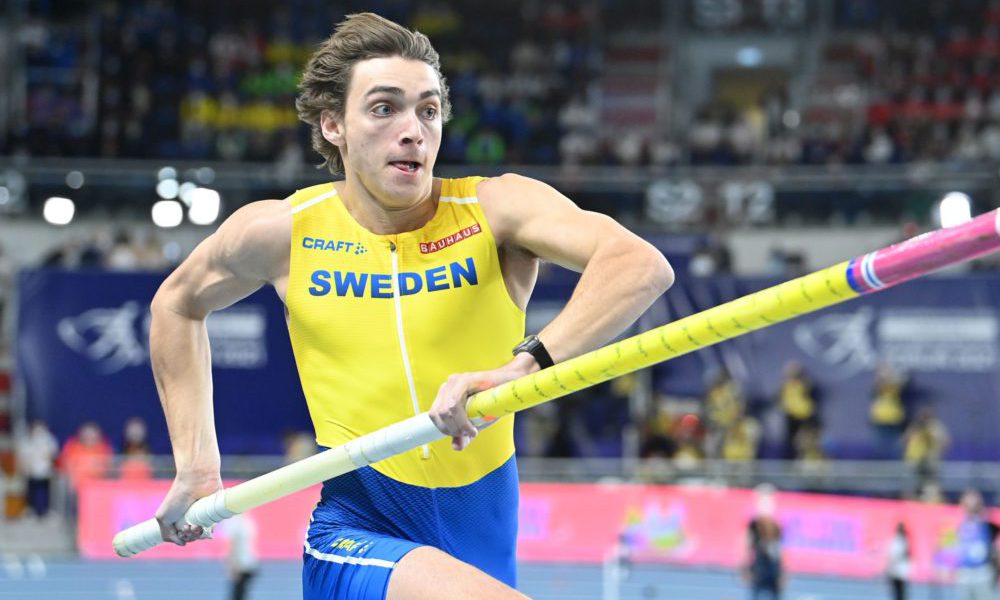 With victory already in hand, Duplantis made three unsuccessful attempts to reach 6.07m, which left a bitter aftertaste after the competition.

“Winning was the most important thing today, but… I’m a little bitter that I didn’t reach that bar of 6.07,” he acknowledged. “I felt that it was very possible. I had three good attempts, but it couldn’t be today. When you start to climb to these heights, it’s only a few centimeters.”

“When I go to any competition, now I feel like I want to go over six meters,” stressed the Swede, who in March set two indoor records in just two weeks.

In the last one, ‘Mondo’ Duplantis set the new best mark of 6.20 meters in Belgrade, which gave him his first indoor world title.

You can also read:  Primoz Roglic wins the first stage of the Tour of the Basque Country and is the leader

Earlier this month, the 22-year-old Swede also claimed victory in the Doha Diamond League in a competition that was moved indoors due to strong winds.

In this way, Duplantis competed this Friday for the first time outdoors this season, at the same Hayward Field in Eugene where the World Championship will be held in July.

“For me it was mostly about having a feeling of competing outdoors,” he noted.

American Chris Nilsen finished second with a jump of 5.81m, down from the 6.00m he set in South Dakota earlier this month. The Norwegian Sondre Guttormsen was third, also with 5.81m.

For his part, the French Renaud Lavillenie, Olympic champion in London-2012, had a disappointing night as he could not exceed 5.61m.

– Cheptegei falls short of his record –
The pole vault event was moved up from Saturday to Friday, along with the women’s high jump and discus throw, due to rain forecast for the next few hours in Eugene.

The Ukrainian Yaroslava Mahuchikh won the high jump with a mark of 2.0m and the American Valarie Allman, gold medalist in Tokyo-2020, did it in the women’s discus throw with 68.35m.

Her great rival, the Croatian Sandra Perkovic, was second with a throw of 65.50m and the German Kristin Pudenz third with 62.58m.

Until the scheduling change, the highlights of Friday night were expected to be world record attempts in the men’s and women’s 5,000m, neither of which came to fruition.

You can also read:  Kenyan Chepkoech breaks the 5km world record in Monaco

In the women’s event, Ethiopian Ejgayehu Taye surprised her compatriot Letesenbet Gidey with a time of 14:12.98, the best of the year.

The Diamond League will resume on Saturday with the participation of stars such as Elaine Thompson-Herah, two-time Olympic champion in the 100 meters, Christian Coleman, current world champion in the men’s 100 meters, and Ryan Crouser, shot put record holder. (AFP)