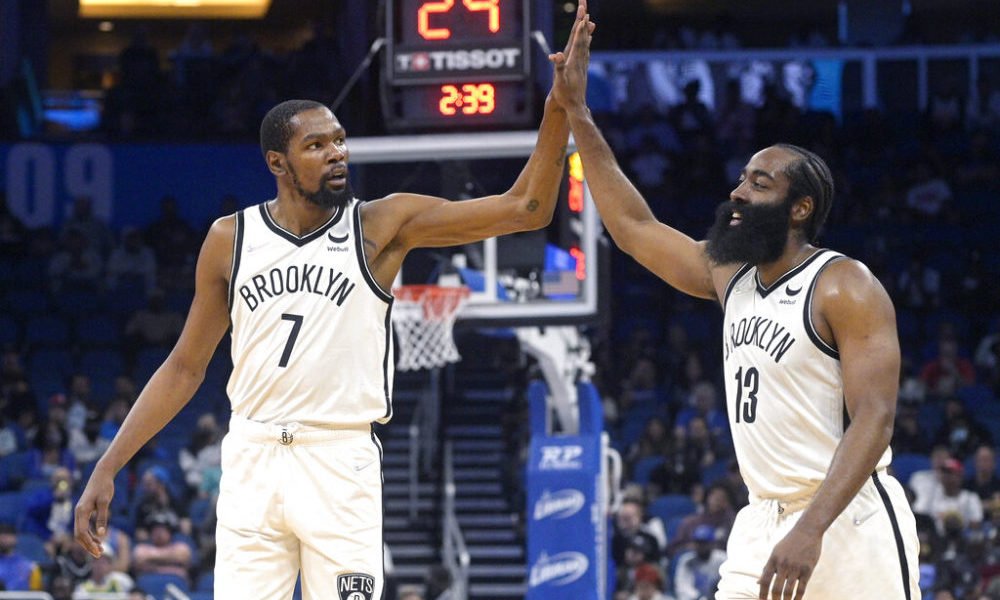 The stars Kevin Durant and James Harden put the magic on Wednesday in the NBA for their Brooklyn Nets to beat the Orlando Magic 123-90 at home.

Durant, the league’s leading scorer this season with 29.5 points per game, and Harden walked the court with 30 points the first and a triple-double the second of 17 points, 11 rebounds and 11 assists.

For Harden it was his 59th triple-double of his career.

Power forward LaMarcus Aldridge shone as always coming off the bench with 21 points and eight balls recovered in the rebounding fight.

Aldridge, who started in the second quarter, hit three 3-pointers and scored 15 points in his first eight minutes of the game, helping the Nets take a 19-point lead late in the first half.

You can also read:  The Warriors come back 20 points and take advantage

Brooklyn led 65-53 after shooting 56% in the first half. The Nets shot 50% overall throughout the game.

The Nets won the fourth quarter 29-15, a cushion enough to finally get a 33-card lead.

The defense outside the area of ​​the New York quintet was iron to the point that the Floridians could only score four triples in 33 attempts.

Ross surpassed the 7,000-point mark in his 10-year career, finally finishing the game with 7,011 points.

You can also read:  LeBron achieves 'triple-double' in the NBA and gets closer to Kobe Bryant

In Boston, the hosts Celtics beat the Toronto Raptors 104-88 with an overwhelmed Jayson Tatum with 22 points, 12 rebounds and seven assists.

Meanwhile, Scottie Barnes led Toronto with 21 points, Fred VanVleet finished with 16 and OG Anunoby and Gary Trent Jr. each with 14. The Raptors fell to 4-1 on the road.

In the teams’ first meeting of the season, in Boston’s home opener on October 22, the Raptors won by 32 points.

You can also read:  Love imposes individual mark and Warriors several of team

Boston was never far behind, leading by 16 at halftime and 12 after three quarters. The Celtics opened it with an 8-0 run midway through the fourth quarter, leading 95-79 on Tatum’s basket with 5:35 to play.

Cameroonian Pascal Siakim, who played his second game of the season after being sidelined with a shoulder injury, scored eight points in 30 minutes for Toronto.