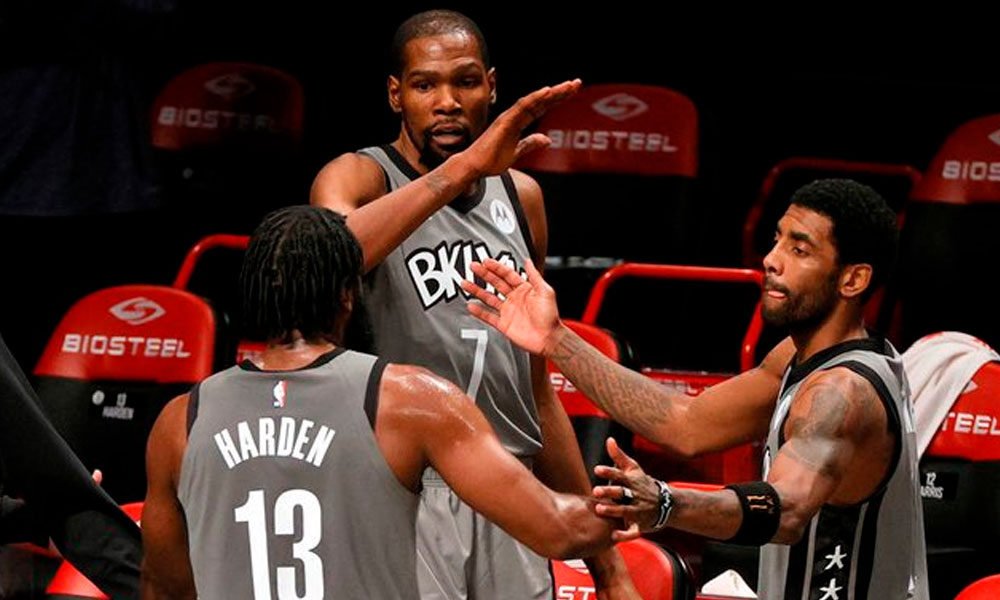 The NBA team Brooklyn Nets informed ESPN that they will make a collective decision on the fate of their point guard Kyrie Irving, who refuses to be vaccinated against covid-19.

The club’s management will organize a meeting in the presence of Kevin Durant and James Harden. Together, they will have to choose whether or not to allow Irving to play only away games this season, which is half of the games.

While 95% of NBA players are vaccinated eight days before the restart, Irving still refuses to receive the immunizer.

The league instituted a very restrictive health protocol for the unvaccinated and decided that wages would be reduced for those who missed games for that reason.

You can also read:  Neymar and Mbappé do not miss the premiere of the NBA in Paris

If Irving had his training ban lifted on Friday, due to the private nature of the Nets’ training building, the New York City Council still denies him the right to play at the Barclays Center, the team’s home for the games.

Earlier, legend Michael Jordan took a stand in favor of the NBA’s established protocol for the unvaccinated.

«I am in unison with the league. Everyone has given their opinion on vaccines. I firmly believe in science, “he explained in an interview on the American channel NBC.

“I’m going to stick to that, and I hope everyone follows the rules,” Jordan said. AFP (HN)

You can also read:  Warriors optimistic after losing first Final match to Raptors