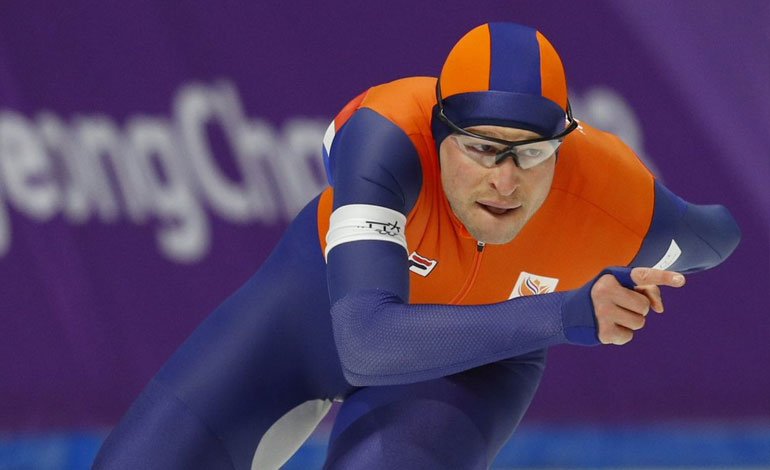 A Dutchman confirmed his unbeaten record on the skates, an American gave his country the first medal in these games, no less than gold, and a Norwegian won the grueling 30-kilometer skiathlon.
Sunday at the Winter Olympics was hot for sporting emotions. Paradoxically, it will be remembered more for the intense and icy wind that prevented the alpine skiing tests, including the free descent in which the Chilean Henrik von Appen and the Bolivian Simón Breitfuss were going to participate.
“Which wind?”, Seemed to ask Red Gerard, who excelled at snowboarding while most of his rivals struggled not to fall amid the powerful gusts that hit Pyeongchang.
The 17-year-old thus gave the gold to the United States.
“Everyone in the competition was worried about the wind and things like that,” said Kyle Mack, a friend of Gerard and his roommate at the Olympic Village. “I kept telling him ‘don’t think about it, do what you know how to do.’ He did it without fail ”.
RECORD AND THREE CHAMPIONSHIP

You can also read:  Alonso: "The double withdrawal in Canada was especially disappointing"

Sven Kramer seems precisely incapable of failing. The Dutchman broke his own Olympic record of 5,000 meters in speed skating and won his third consecutive gold in the specialty.
He crossed the finish line with a time of six minutes, 10 seconds and 76 hundredths, to surpass the mark that he had set four years ago in Sochi.
No other skater in history has won a three-time championship at this distance. And he has a chance to get another two golds, in the 10,000 meters on Thursday and in the team chase.
FROM THE FALL TO THE TRIUMPH

Not a crash early in the race stopped Simen Hegstad Krueger from pocketing the gold. Then his fellow Norwegians completed the sweep in Sunday’s cross-country skiing event.
Krueger slipped shortly after the massive start. The right ski came off.
To make matters worse, Russia’s Olympians Andrey Larkov and Denis Spitsov stumbled upon Krueger. All three found themselves in last place by the time they made it up.
But Krueger reacted and took the lead with five kilometers remaining. Thus, he made his way to gold.
Silver went to fellow Norwegian Martin Johnsrud Sundby and bronze to Hans Christer Holund, completing the 1-2-3. AP

You can also read:  Vettel describes the start of the preseason with Ferrari as "good"