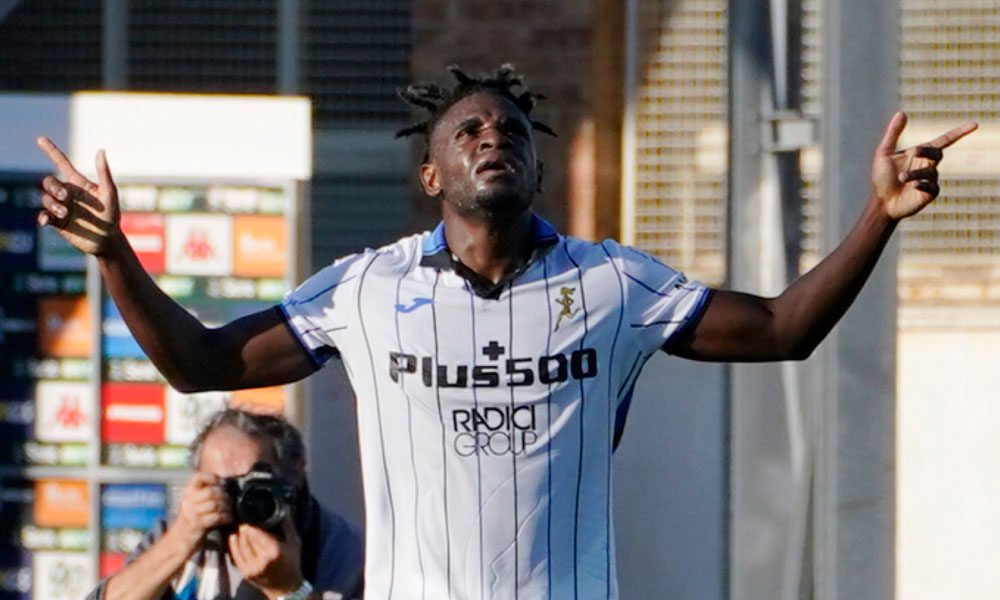 Colombian Duván Zapata signed the 4-1 victory for his team, Atalanta, at the Empoli field and became the first player from his country to reach a hundred goals in Serie A.

The 30-year-old Cali forward took advantage of an assist from Croatian Mario Pasalic to score 4-1 at ease in the 90th minute, after jumping onto the field at the start of the restart to replace his compatriot Luis Muriel.

It was the fourth goal of this league season for Zapata, an essential element in the offensive balance of coach Gian Piero Gasperini’s team, Villarreal’s rival in the group stage of the Champions League.

His target gave Atalanta the third victory in four away games this season in the league championship and allowed them to place sixth, just one point behind Roma, fourth, who play this Sunday at Juventus.

For Duván it was goal number 70 with the Atalanta shirt, the club that signed him for more than 20 million euros in 2018 from Sampdoria.

The one from Cali signed 28 goals in the first season and 19 and 19 in the next two, before the four this season, among all competitions.

His career in Serie A began in 2013, when Napoli signed him from Argentinian Estudiantes.

In the Neapolitan team it was difficult for him to have a leading role, being an alternative to the Argentine Gonzalo Higuaín. He stayed for two years and scored a total of fifteen goals, before being loaned to Udinese.

You can also read:  Platini denies the hiring of his son in exchange for the vote for Qatar-2022

He worked with commitment and managed to improve his numbers little by little until he became one of the best forwards in Serie A.

In Udine he signed eight and eleven goals in his two campaigns at the northern club and then signed for Sampdoria, with which he scored eleven goals.

His performance skyrocketed at Atalanta, where he is the perfect offensive terminal to culminate the volume of play for Gian Piero Gasperini’s team.

With the Bergamo side, Duván sealed three consecutive Champions League qualifications and touched the semi-finals in 2020, when he surrendered in the last second of the quarter-final match against Paris Saint Germain.

You can also read:  Mbappe: I want a solid project around me

His next match in the Champions League will be this Wednesday at Old Trafford against Manchester United of the Portuguese Cristiano Ronaldo, in a group that also includes Villarreal and Young Boys.

Atalanta started the group positively, with a 2-2 draw at Villarreal and a 1-0 win against Manchester United.

The Bergamo team leads the group with four points, along with Young Boys, with Manchester Unitied third with three points and Villarreal, bottom with a unit four days from the end of the group stage. EFE (HN)