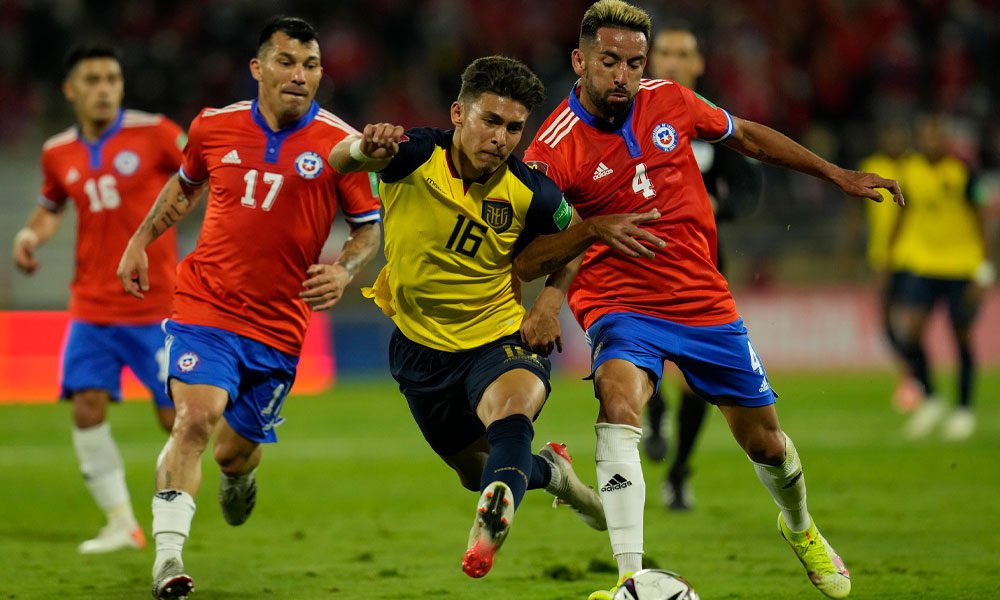 Ecuador inflicted a heavy blow to Chile which they beat 2-2 away and sent to sixth place, while La Tri clinched third place in the South American qualifiers with six points over Colombia and Peru.

With 23 integers, Ecuador took over the third box and put the Red to suffer and make accounts, which began the fourteenth day in fourth position and finished in sixth with 16 units.

La Tri surprised the home team in the 9th minute with defender Pervis Estupiñán, who hit a left-footed shot down the left wing that was unapproachable for goalkeeper Claudio Bravo.

As if the 0-1 were not enough, La Roja was later left without two of its bastions: Arturo Vidal, sent off with a direct red card in the 14th minute; and Alexis Sánchez, injured at 36.

You can also read:  Uruguay does not hurt Paraguay and gives up 2 more points in the Centennial

And as if the disadvantage or the loss of figures were not enough, before the curtain fell on the match, in the 93rd minute, midfielder Moisés Caicedo put the icing on the cake with a dry shot that left Claudio Bravo with no options.

On the next day Chile will host Argentina and Ecuador will do the same with Brazil. EFE (HN)