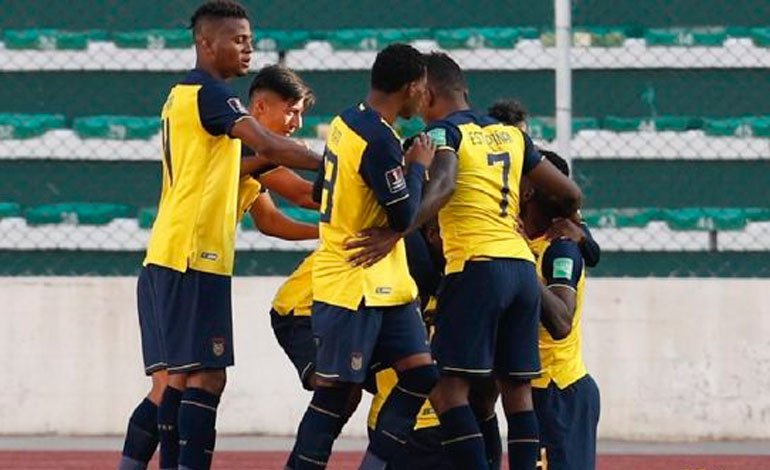 The Ecuadorian Football Federation (FEF) reported that three players from their team have tested positive for covid-19 and have been excluded from next Tuesday’s match against Colombia, in Quito, on the fourth date of the South American qualifiers for the Qatar 2022 World Cup .

“With unrestricted respect for the Conmebol-FIFA biosafety protocol for the Qatar 2022 qualifiers, implemented in ‘La Casa de la Selección’ and after performing the periodic PCR tests on the entire delegation, the medical department reports that the players Enner Valencia, Alan Franco and Diego Palacios have tested positive for covid-19,” says a statement from the FEF.

He assures that, after knowing the results, the corresponding isolation has been arranged and the three players will leave the concentration where the Ecuadorian team trains while waiting for Tuesday’s game.

You can also read:  Futre: Joao Félix has been champion in his second year, he is going to be a great player

“We will always be vigilant to protect the health of our selected players to continue demonstrating La Tri’s unwavering spirit of unity and strength on the field,” he adds.

The Ecuadorian players met last Monday at the National Team, after traveling on a charter flight last Wednesday to La Paz, where on Thursday they played the match of the third day of the South American qualifiers against Bolivia.

Before that match, one of the team’s historic scorers, with 31 goals, Enner Valencia, was left out of the lineup and his place was taken by midfielder Júnior Sornoza, from Liga de Quito.

You can also read:  PSG will visit Brest in the French Cup round of 32

The Ecuadorian team returned to the concentration camp in Quito early on Friday on a charter flight, awaiting the match against Colombia, which will close the sports year of the local team.

In addition to Valencia, Franco and Palacios, the Ecuadorian coach, the Argentine Gustavo Alfaro, will not be able to count on midfielder Carlos Gruezo due to suspension, who accumulated the second yellow card against Bolivia.

Ecuador will also not have the scorer of the 2019 South American Youth Championship, with 6 goals, attacker Leonardo Campana, who was injured before the game against Bolivia and Carlos Garcés, from last year’s local champion, Delfín, was called up in his place.

You can also read:  Napoli released a shirt with a tribute to Diego Maradona

Ecuador made their qualifying debut last October with a 1-0 loss to Argentina, bounced back at home with a 4-2 thrashing of Uruguay and savored another 2-3 victory on their visit to Bolivia. EFE (hn).