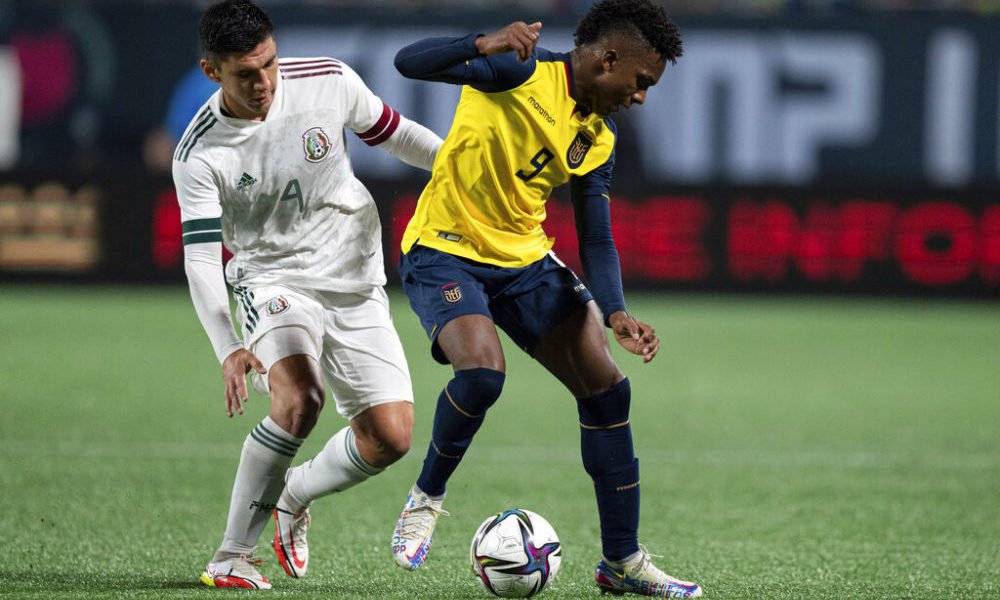 Ecuador summoned to play with Venezuela and Chile, for the South American qualifier for Qatar-2022, the majority of players with whom they garnered four of nine points in October, with the exception of their striker Enner Valencia, marginalized by injury.

‘Superman’ Valencia (Fenerbahce, Turkey), the top gunner in the tricolor’s history with 34 units -three more than retired Agustín Delgado-, will be the great absentee due to an ankle problem, whose recovery would take up to two months.

The scorer converted three of the four goals scored by Ecuador in October.

Also forward Michael Estrada (Toluca, Mexico) was in turn cited despite the fact that he will have to meet a suspension date for accumulating two cautions.

Estrada has scored five goals in the current qualifying rounds, in which the top scorer is the Bolivian Marcelo Martins (8).

The list announced by the Ecuadorian Soccer Federation (FEF) includes 19 players who are active in foreign clubs, mainly from Mexico (five teams) and the United States (three).

They were also called footballers who perform in Germany, Belgium, Brazil, Bulgaria, Spain, England and Uruguay.

In October, the tricolor – under the command of Argentine strategist Gustavo Alfaro – managed to beat Bolivia 3-0 at home and lost 2-1 to Venezuela on the road and drew 0-0 with Colombia.

Next Thursday he will receive the vinotinto in Quito, for the thirteenth date of the South American qualifiers, and five days later he will return the visit to Chile, with which he equaled 0-0 last September.

You can also read:  Valencia in the discount equaled Atlético de Madrid

Ecuador, which remains in the qualifying zone for ten days online, is third with 17 points, behind Brazil (31) and Argentina (25) and above Colombia (16 and 0 goal difference) and Uruguay (16 and -3).

You can also read:  The US wasted its condition by drawing with Canada