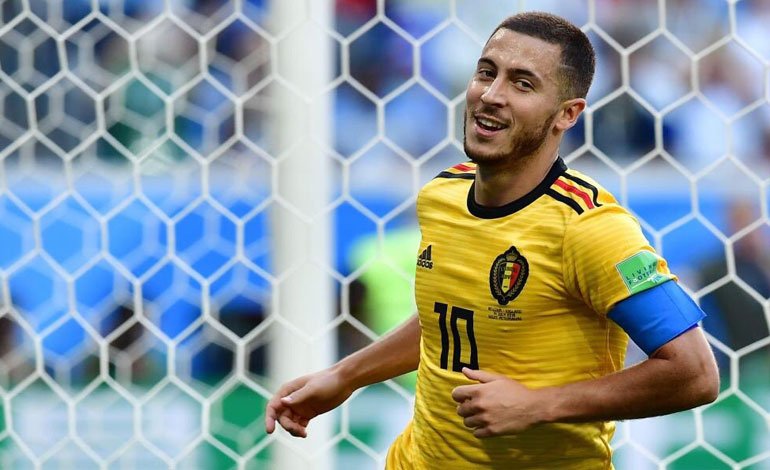 The Belgium coach, the Spanish Roberto Martínez, confirmed that the coronavirus tests of Real Madrid footballer Eden Hazard continue to be positive and he will not be able to play against England.

“Regarding the situation of Eden Hazard, we are working with the medical department of his club (Real Madrid) and he is not available yet, he cannot travel. He is still positive, so he will not be available for Sunday’s game,” the coach told a news conference.

“The Wembley game was very close, we could have improved some things in the second half. Tomorrow we will have another opportunity to exploit those good 45 minutes -of the first half- and do well during the 90 minutes”, said the Belgian coach.

Martínez hopes to have the Inter Milan player Romelu Lukaku, who missed the last Champions League match against Real Madrid with his club due to thigh discomfort.

“We are happy with Romelu Lukaku’s sessions. I would say that all the players seem to be ready for the game”, said the coach, although he acknowledged that he has to confirm the good form of striker Jérémy Doku, midfielder Leander Dendoncker and defender Dedryck Boyata.

You can also read:  Pirlo says goodbye to a Juventus that recovers Allegri

Martínez will play his 50th match as Belgium coach against England. “It’s a huge number in terms of caps, especially when you’ve coached in big tournaments like a World Cup,” he said.

He assured that the most special moment he has experienced as a coach was the comeback against Japan (3-2) in the round of 16 of the 2018 World Cup in Russia after losing 0-2.

Belgium reached the semi-finals with France, against whom they lost 1-0. “We had a great tournament,” Martinez said. EFE (hn).