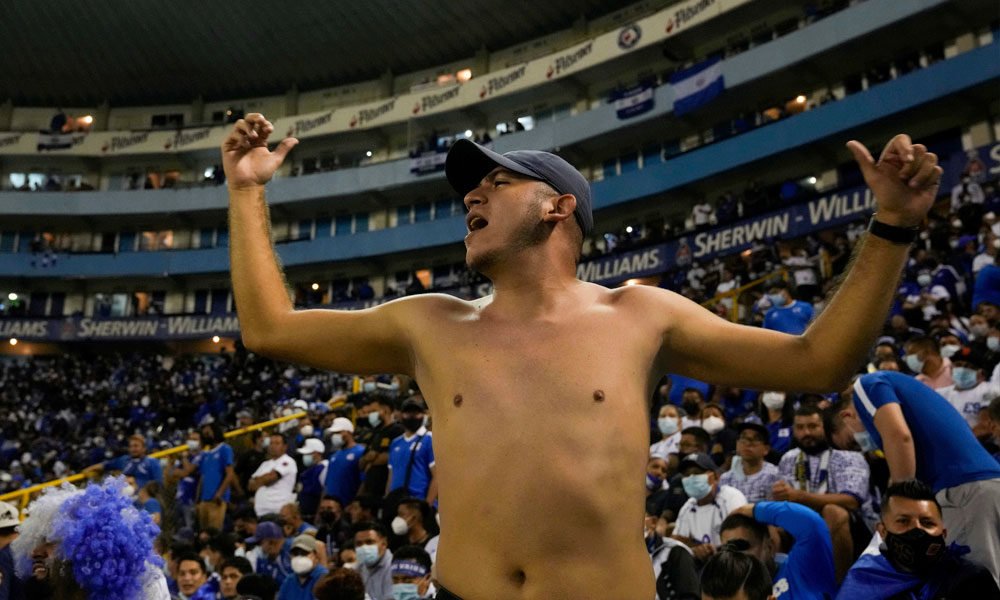 FIFA fined El Salvador for “discriminatory” behavior by fans in a match of Concacaf’s octagonal tie for the Qatar-2022 World Cup, the local federation reported.

The incidents were caused by Salvadoran fans on September 2 when the El Salvador squad drew 0-0 with their counterpart from the United States.

“Fesfut (Salvadoran Football Federation) is sanctioned to pay a fine of 30,000 Swiss francs ($ 32,488.56) for discriminatory and inappropriate behavior by fans,” the local federation said in a statement.

In that match, according to Fesfut, Salvadoran fans invaded the pitch and used laser pointers against players from the US national team.

The International Football Federation also ordered that in the next match played at home by El Salvador against Jamaica in the framework of the Concacaf qualifying for the Qatar-2022 World Cup, the stands behind the arches be closed.

The El Salvador-Jamaica match will be played on November 12 at the Cuscatlán stadium in San Salvador.

In the Concacaf World Cup, the El Salvador team ranks sixth in the standings.

This Friday it was also known that Panama will have to play without an audience the next home match in the octagonal of Concacaf qualifying for Qatar-2022, against El Salvador on November 16, due to alleged “homophobic chants” from fans during competition matches.

Mexico leads the qualifier with 14 points, while Panama is fourth with eight points. AFP (HN)