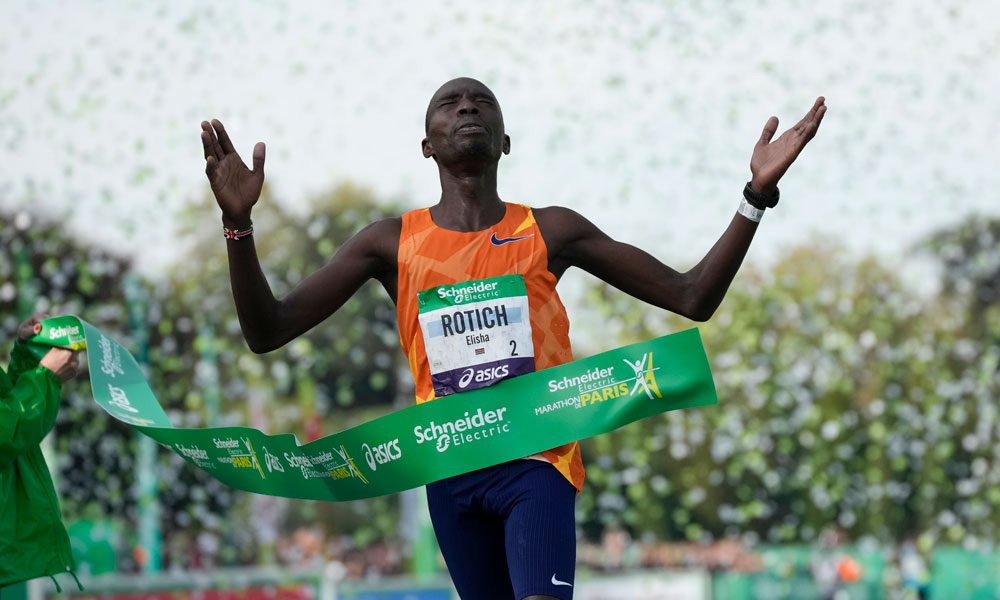 Kenyan Elisha Rotich, 31, won the Paris marathon with a time of 2 hours, 4 minutes and 23 seconds, while Ethiopian Tigist Memuye won the women’s event.

Thanks to that time, Rotich improved the record of the Parisian event, which until now was held by the Ethiopian Kenenisa Békélé (2:05:04), since 2014.

Ethiopian Hailemaryam Kiros and another Kenyan, Hillary Kipsambu, finished second and third, respectively 19 and 21 seconds behind the winner.

Thirty months after its last edition in April 2019, with two postponements and one cancellation in 2020, and after setting a date in the Parisian autumn instead of the spring, the test allowed tens of thousands of runners to re-encounter the asphalt of the French capital, having to present a vaccination paper and wearing a mask on the way out.