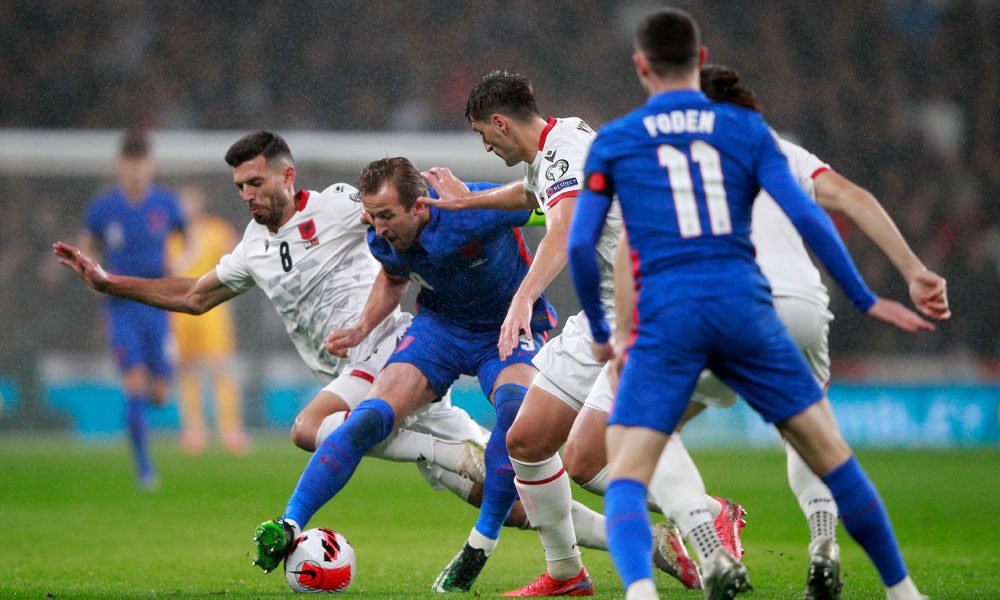 England stayed one step away from qualifying for the Qatar-2022 World Cup by beating Albania 5-0, this Friday at Wembley (London), on the penultimate day of group I of the European qualifiers.

Led by Harry Kane, author of a triplet, England built their triumph in the first half. He went to the locker room with a 5-0 that was already final.

«We had a bit of pressure today, but when I have options, I feel like I’m going to score, that’s what happened. I could have scored six, ”Kane said.

Unbeaten in nine games, the Three Lions (23 points) are three ahead of Poland, which beat Andorra 4-1, before moving to San Marino on Monday on the final qualifying date.

Just losing by a landslide against San Marino, coupled with a great victory for Poland against Hungary, would compromise their qualification.

San Marino have lost all eight of their qualifying matches and are the last team on the FIFA list.

With a defense of three, which he had only used against Germany and Italy this year, the team led by Gareth Southgate did not leave any option to Albania, much weaker than what marked their third place in the group.

In a Wembley stadium that reached almost 80,000 spectators, England did not need to force their talent to make a difference quickly, after 20 minutes in which there was a lot of toughness, with the substitution of the Albanese Bare and Kumbulla due to injury.

You can also read:  Cristiano, cheered on his return to Juventus training

Harry Maguire (minute 9) and Harry Kane (18) took advantage of marking errors to go for a header. Then it was Jordan Henderson’s turn, who leaned on Kane to beat Thomas Strakosha (28). It was the second of the year as an international for the midfielder, who did not score in his first decade with England.

The man of the match was Kane, in top form after acknowledging that at the start of the season he paid for the disappointment of losing the last European Championship final at home to Italy.

Kane scored another two goals before the break, first by taking advantage of a deep pass from Raheem Sterling (33) and then with an acrobatic volley shot (45 + 1).

You can also read:  Ajax qualifies and puts Dortmund in trouble

«The first half was fantastic, we are better when we have a goal, and in this game we practically played to be in the World Cup. I think Harry put out a great performance as a center forward, he was excellent, “said Southgate.

The second half resembled a training session. After doing the wave, the stands began to empty ten minutes before the end, with the almost certainty that England, a semifinalist in the last World Cup, will be in Qatar-2022. AFP (HN)