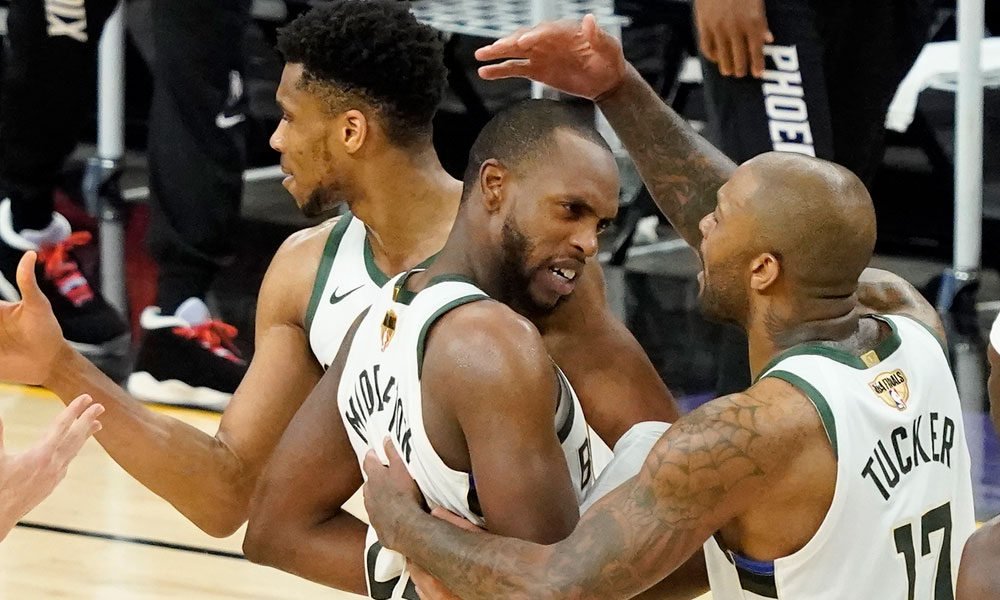 Giannis Antetokounmpo believes it’s the Bucks’ tenacity that has Milwaukee one game away from its first championship in half a century.

That persistence is what has allowed the Bucks to overcome a 0-2 deficit in the NBA Finals. Milwaukee leads the Phoenix Suns 3-2 as they return home for a decisive Game 6 win on Tuesday.

“I feel like we’re not stopping,” Antetokounmpo said. «I have been part of several teams. Generally when you go down by 15 or 16 or whatever, down 0-2 or whatever scenario, you kind of stop. Like you stop competing somehow. But I feel like we don’t do that in this team. “

You can also read:  Harden leads Rockets and extends to 28 games with 30 or more points

The Bucks took the lead in the Finals with a 123-119 victory in Game 5 at Phoenix, a game that revealed their surprising poise.

Milwaukee averaged 120.1 points per game in the regular season, the best scoring team in the NBA since 1983-84, when the Denver Nuggets and San Antonio Spurs both surpassed that average. But they took the lead in the series with memorable defensive plays.

In a 109-103 victory in Game 3, the Bucks held a two-point lead when Antetokounmpo blocked a dunk attempt by Deandre Ayton with just over a minute to play. They were still up by two when Jrue Holiday stole a ball from Chris Paul to kick off a quick break that resulted in a Khris Middleton basket with 27.2 seconds remaining.

You can also read:  Warriors take advantage in NBA Finals against Cavaliers

Holiday reappeared Saturday when the Suns cut a 108-94 deficit in the fourth quarter to a single point. Holiday stole the ball from Devin Booker and assisted Antetokounmpo, who landed a hard dunk while fouled with 13.5 seconds left.

“It was honestly a great team defense,” Holiday said. “I feel like we knew Booker wanted to take the last shot and we played great defense on him and we had him turn his back and he turned right at me. I think I was in the right place at the right time.

The Bucks paid a high price to acquire Holiday in search of the next step after posting the best regular season records in 2018-19 and 2019-20, but falling short of reaching the finals in those seasons.

You can also read:  Lebron and Harden, the only ones to win scoring and assists titles in NBA

Holiday responded by being recognized as a member of the NBA’s best defensive team and has kept pace in the Finals.

“The work is not done. We have to realize this, we have to stay in the present, ”Antetokounmpo made clear. AP (HN)