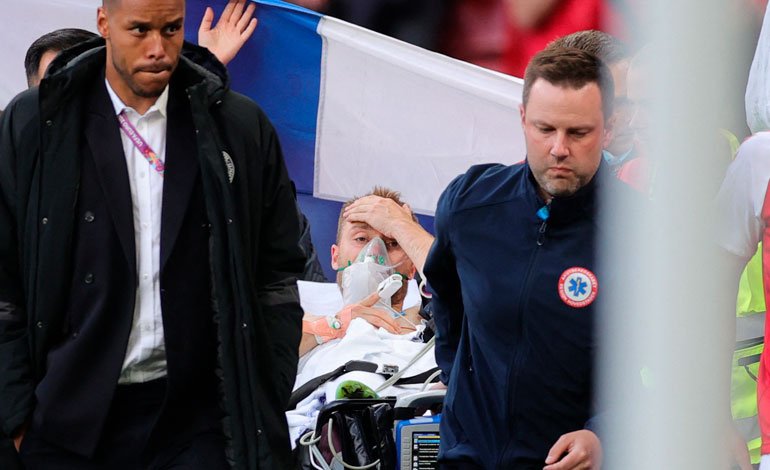 the danish international Christian Eriksen, whose collapse has caused the suspension of Denmark-Finland from the European Championship, he is “awake” and has been taken to a hospital, reported the Danish Federation (DBU).

Eriksen was taken to Copenhagen Kingdom Hospital for further tests, the DBU said on its Twitter account.

In the same network, UEFA had reported that the Inter Milan midfielder “has been stabilized.”

The match, corresponding to the first day of group B of the continental competition, was suspended after Eriksen’s sudden fall after 43 minutes of play.

Eriksen fell to the pitch for no apparent reason, without knowing, and, after several minutes in which he required urgent medical assistance and underwent cardiac massage, he was carried off the pitch on a stretcher surrounded by the Danish players. Afterwards, the player was taken by ambulance to a nearby hospital.

You can also read:  Ramos is called up for the first time with PSG

After what happened, there has been a crisis meeting with both teams and the referees and UEFA will give more information at 19:45. EFE (hn)