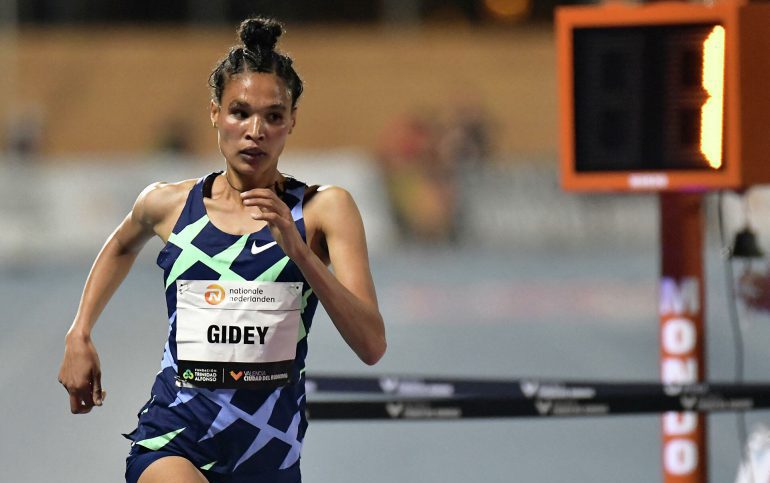 The Ethiopian Letesenbet Gidey broke the world record of 10,000 meters on Tuesday during the Olympic teams of her country, played in Hengelo (Netherlands), thus breaking the record that the Dutch Sifan Hassan had achieved just two days ago on the same track.

Dazzling performances in the background and mid-range have followed one another in the last two seasons, with the arrival of new generations.

You can also read:  A youthful American, faster than Usain Bolt at his age

The world records of 5,000 and 10,000 meters in men and women have been broken in less than a year, by the Ugandan Joshua Cheptegei and by Letesenbet Gidey.

On Tuesday, Gidey was assisted for her record by ‘hares’ until the third part of the race and then by an ‘electronic hare’, a diode system arranged along the track to set the pace and which helped her slow down. in more than a minute his best time in that distance, compared to his 30: 21.23 of 2019.

At 23 years old, the Ethiopian from Tigré, a region affected by a bloody conflict for more than six months, is confirmed as a star of the world fund after having been world runner-up in the 10,000 meters in September 2019 in Doha.

“I was hoping to break the world record,” Gidey was quoted as saying by World Athletics. “I want to try to break the record again, down from 29 minutes,” he said.

The second of the race, Tsigie Gebreselama, finished with a time of 30 minutes, 6 seconds and a hundredth. (GG) (AFP)