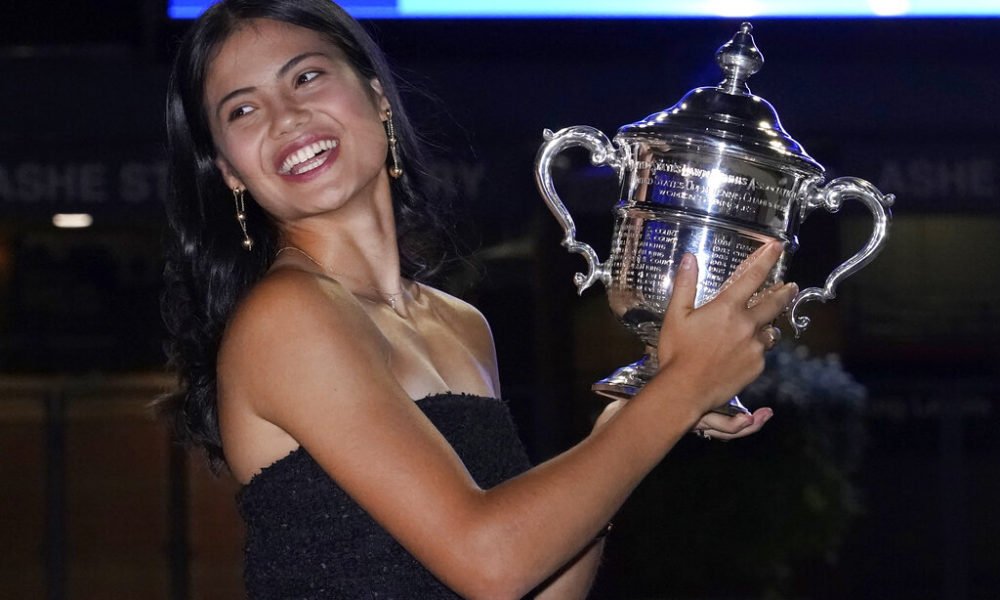 The extraordinary triumph of the young British Emma Raducanu at the US Open from the previous phase unleashed an explosion of joy in her country, with praise from the Queen of England herself.
The 18-year-old beat 19-year-old Canadian Leylah Fernandez in the final, culminating in a pristine tournament in which she did not yield a single set and became the first Grand Slam winner from qualifying.
“I send you my congratulations on your own success,” said Queen Elizabeth II. “It is an extraordinary achievement at such a young age and a sign of your hard work and dedication,” he added.
The young woman is the first British woman to win a Grand Slam since 1977, when Virginia Wade triumphed at Wimbledon.
His success overshadowed the return with two goals by Portuguese Cristiano Ronaldo to Manchester United on the front pages of the English press.
“Absolutely Emm-enso!” The Express headlines with a pun on the cover. “He did it!” Celebrates the Telegraph.
At his old tennis club in Park Langley, in south-east London, his members gathered in front of the television to celebrate his victory.
I have no words. I’m hoarse from screaming, “said his former coach Suzanne Williams.
Prime Minister Boris Johnson also celebrated Raducanu’s “sensational match.” “You have shown extraordinary ability, poise and courage and we are all enormously proud of you,” he tweeted.
The feat was recognized by other athletes such as former British number one Tim Henman or tennis legend Martina Navratilova.
“You will earn more of these, it’s that good. It is not a flower of a day, it is playing a tennis of the world top 5 “, said Henman, present in the final in New York.
“A star has been born. Emma Raducanu makes history and has just begun. And he will never have to play a qualifying round again, ”the former Czech tennis player celebrated. (AFP)

You can also read:  Nadal opens with a placid victory on the track that bears his name