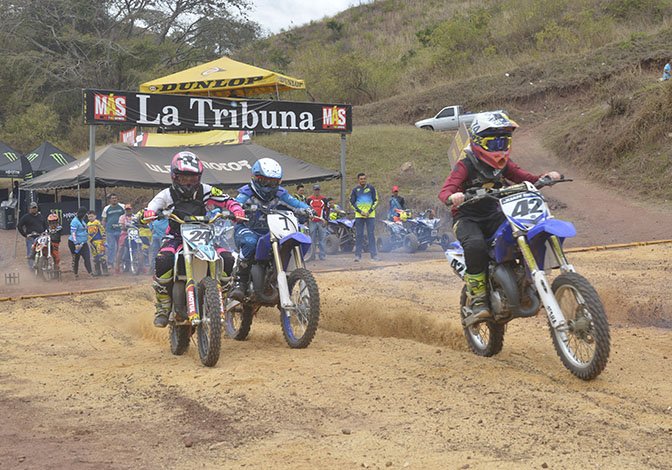 The excitement and vertigo of motocross vibrated again in the capital on Sunday with the first date of the 2020 MX National Championship, held in a spectacular way on the La Lomita track.

It was a tough fight given the equality that occurred in the fight for positions that allowed the right to the final podium. One of the strongest battles was in the MX 2A category between José María Reyes, Fabio Hernández and David Rivas, winners of the first three places.
La Tribuna newspaper was present as it traditionally does as a sponsor, contributing to extreme sports. A good attendance of fans arrived to enjoy the competition full of adrenaline.

You can also read:  F1 won't stop if a driver tests positive

In the peewee category the winners were Sebastián Miranda, Ángel García and
Andrés Flores; at ATV Peewee, Kevin Solórzano, Jossel Suérez and ATV 50A Sebastián Rivera.

ATV 50 B
Ewerel Solórzano with Eliezer Arguijo were the dominators in ATV 50B, in 50 CC Luis Gallardo, Fernando Gallardo and Joaquín Caballero stood out. Jeremías Casares, Luis Gallardo and Beerner Aljendro Flores dominated in 65.

You can also read:  Hamilton wins last Grand Prix of the season in Abu Dhabi