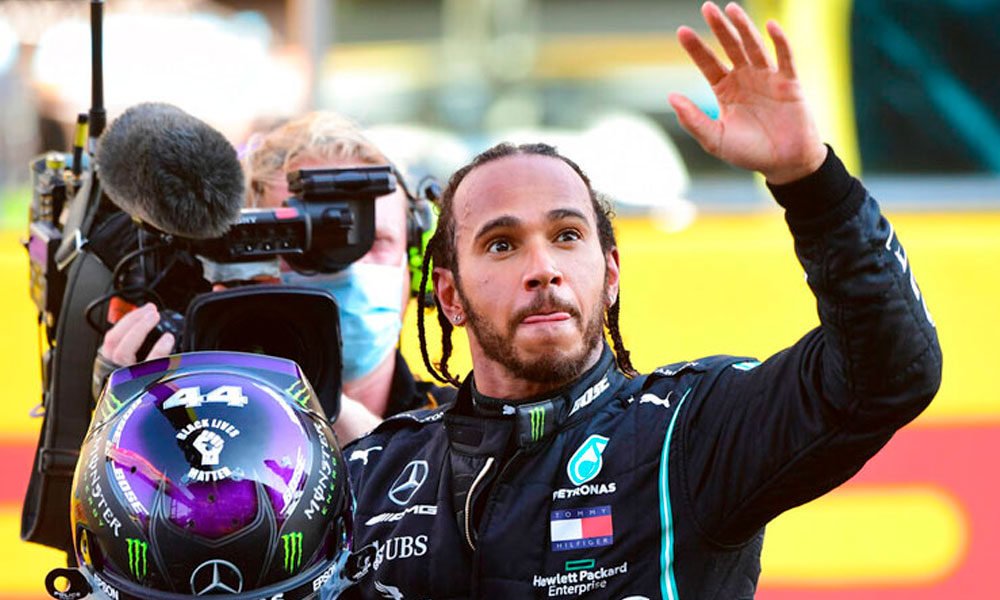 Mercedes, Formula One and its governing body issued a joint statement on Monday condemning racist online abuses against Lewis Hamilton.

Hamilton was subjected to racist abuse following his collision with rival Max Verstappen on the first lap of the British Grand Prix, which left the Red Bull driver and leader of the competition out of the race.

“Formula One, the FIA ​​and the Mercedes-AMG Petronas F1 team condemn such conduct in the strongest possible terms,” ​​the statement said. “These people have no place in our sport and we call on those responsible to face the consequences of their actions.”

“Formula One, the FIA, the drivers and the teams work to build a more diverse and inclusive sport and those unacceptable instances of abuse on the internet must be highlighted and eliminated.”

You can also read:  Hamilton: "I was driving with one eye"

Hamilton was penalized 10 seconds after the crash, but the seven-time world champion had an excellent comeback to win for the eighth time at home.

Verstappen was taken to hospital after the incident, but he was released from the hospital “without major injuries,” his team said.

“Although we are fierce rivals on the court, we are all united against racism,” the team said. “We condemn racist abuse of any kind against our teams, our competitors and our fans.”

F1 was compiling an archive of the offending messages and was going to deliver it directly to social platforms and call them to take action.

You can also read:  Latvala leads the World Cup

Facebook, which owns Instagram, said it tried to remove the offending messages quickly and called on people to use the tools at its disposal to block the abuse.

“The racist abuse directed at Lewis Hamilton during and after the British Grand Prix is ​​unacceptable and we have removed numerous comments from Instagram,” he said in a statement.

Last week, Hamilton issued a statement after footballers Marcus Rashford, Jadon Sancho and Bukayo Saka were victims of racial abuse following England’s defeat in the European Championship final at Wembley. Hamilton then wrote: “The racial abuse on social media against our footballers after yesterday’s game is unacceptable. That time of ignorance has to be stopped. Tolerance and respect for players of color should not be conditional. Our humanity should not be conditional ”. AP (HN)

You can also read:  Raikkonen: "We are good in terms of reliability"